The March average price for both alfalfa and other hay types both moved higher in the USDA’s latest Agricultural Prices report. Now being included in the report is the price for Premium and Supreme alfalfa hay in the top U.S. milk-producing states.

The average March alfalfa hay price jumped $4 per ton to $184 following a $1 per ton drop in February. The March average alfalfa hay price was $19 per ton more than one year ago and was the highest March average price since 2014. From December until spring when new crop begins to hit the market, hay values typically trend higher with a peak occurring in April or May. 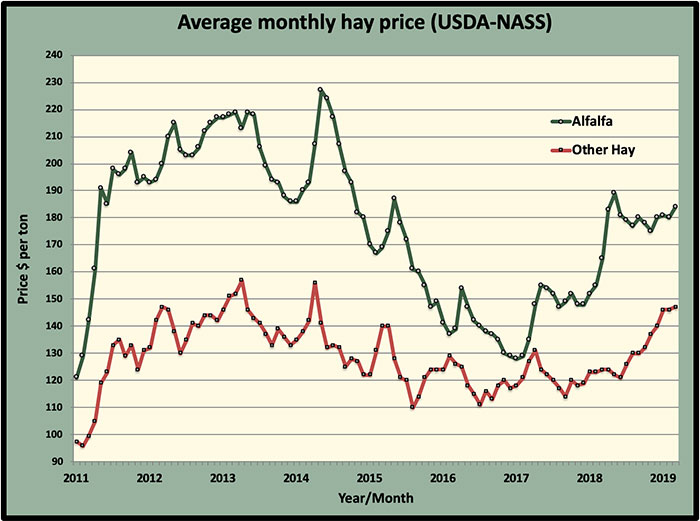 The leading alfalfa hay price gainers in March were led by Pennsylvania (up $31 per ton) and Texas (up $15). All other state price gains were below $10 per ton.

The only state with a significant price decline was New York (minus $34 per ton).

Keep in mind that the USDA average prices currently account for all qualities of hay sold. Also, the final U.S. estimate is a volume-weighted average rather than a simple average of state values. Those states with the most volume sales will impact the final U.S. dollar value more than those states with fewer sales.

Recently, the USDA was tasked with tracking the prices of Premium and Supreme quality hay in the major dairy states. This data will be used to determine feed prices in the Margin Protection Program for Dairy (MPP-Dairy).

The new data has the added benefit for hay buyers and sellers who wish to track trends in the dairy-quality hay market. We will include the updated values in this report each month.

For March, the average price of Premium and Supreme alfalfa hay took a deep dive in Pennsylvania and New York. This is somewhat difficult to explain, but only the New York value is computed in the five-state average.

Overall, the average price of Premium and Supreme alfalfa hay in the top five milk-producing states (Calif., Idaho, N.Y., Texas, and Wis.) declined by $12 per ton from February to March (see table below). 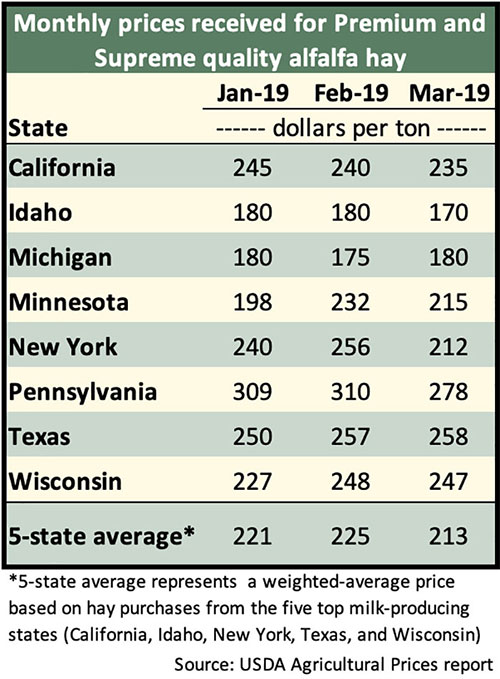 The March price of other hay (mostly grass hay) rose by $1 to $147 per ton. This value is $23 higher than the previous year and marks the 10th consecutive month without a price decline. 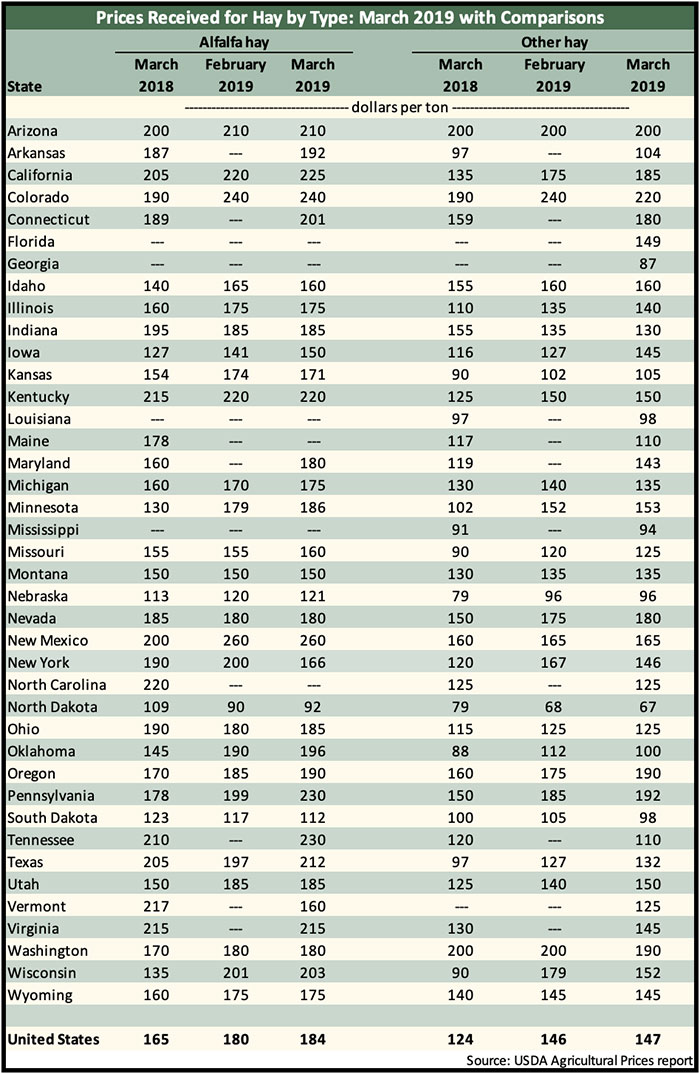