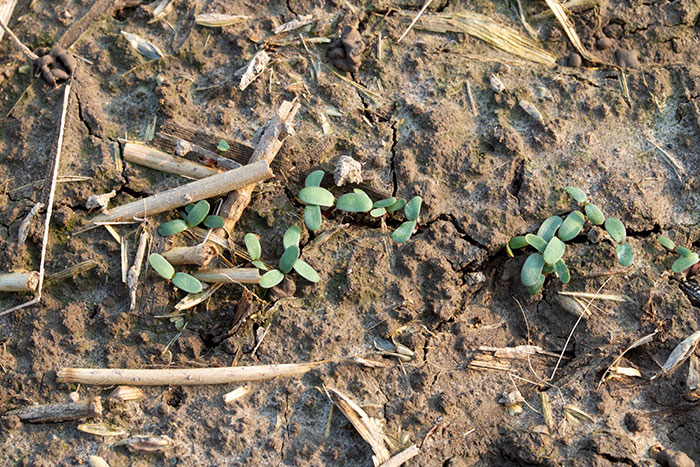 If ever there was a year that prompted the strong desire to disregard alfalfa autotoxicity and write it off as a bad dream, this is it.

The problem: It’s not a bad dream.

This spring has provided a double whammy for some farmers and at least a single punch to the gut for many others in terms of failed alfalfa stands.

First, there was widespread winterkill. Some lost a little, others I’ve spoken to had to write off as much as 80 percent of their stands. Of course, there were many portions of stands that were lost.

To mitigate that situation, additional alfalfa stands were seeded, and some of those were lost (or partially lost) to the relentless number of rain events.

In both cases, the desire to reseed alfalfa back into these fields is strong. But is that a prudent decision?

The answer, as is often the case, is maybe. Let’s break it down by situations, but first refresh our knowledge on that curious phenomenon known as autotoxicity.

Medicarpin is thought to be one of the primary compounds produced by alfalfa that makes it autotoxic, but there are others. This compound is more concentrated in top growth than roots and is water-soluble, leaching readily into the soil from both decomposing plant material and growing plants.

On sandy soils, where the toxins are more available and more easily taken up, the autotoxic effects are more acute but are less persistent because the toxin is thought to leach more quickly through the root zone.

The age of the existing alfalfa stand will also affect autotoxicity. Younger plants (those one year old or less) contain fewer toxins than older plants.

If you’ve simply lost an entire established alfalfa stand to winterkill that was seeded prior to last year, don’t try to reseed that field until next year. As a general rule of thumb, it’s best to have one year between the termination of an existing stand and the seeding of a new one.

Spring seedings of alfalfa following a fall-killed alfalfa stand from the previous year generally yield only 60 to 70 percent of a stand with a full year in between termination and seeding.

If the lost alfalfa stand was seeded last spring or fall, these fields can usually be reseeded with alfalfa without autotoxicity being a major concern. The same is true for new seedings from this spring that you may want to reseed during late summer or perhaps interseed into the thin or dead areas.

A second scenario occurs where there are large dead patches in an otherwise productive stand. These dead or very thin areas are often low spots where water and ice served as the executer.

In this case, most experts suggest filling these spots in with a species other than alfalfa. Red clover, ryegrass, or a perennial cool-season grass work well for longer-term production; a small grain can also work but is only a one-cut option. 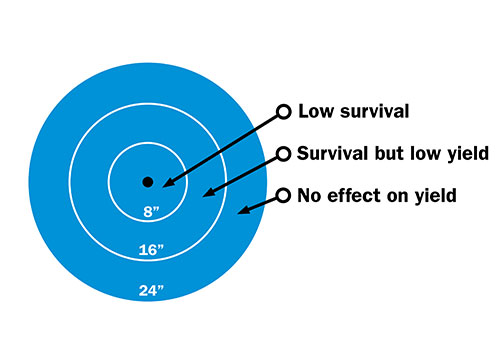 If thickening the stand is the endgame, use a species other than alfalfa. Some producers routinely seed orchardgrass into existing, thinning alfalfa stands just to get another few years of production.

Aphanomyces remains a problem and mystery Next

Outside the box alfalfa establishment Previous