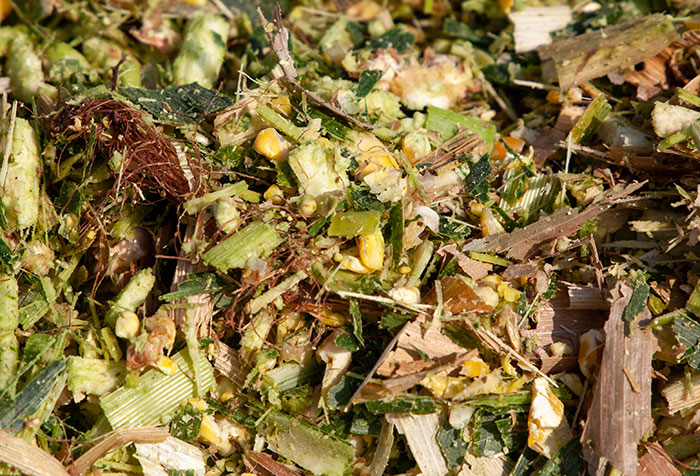 Our understanding of corn silage has come a long way in the past 20 years. That’s probably a good thing because it has emerged as a dominant feed source in most dairy and many feedlot beef rations. What is being achieved with corn silage these days is entirely different than what your grandfather was able to accomplish . . . or even comprehend.

To draw from the old Certs breath mint commercials, corn silage is two, two, two feeds in one. Some argue it’s a grain, others a forage. In fact, the grain and forage portion of corn silage are nearly equally distributed on a dry matter basis.

From a nutritional standpoint, we’re essentially interested in corn silage as a source of starch (energy) and fiber, along with their respective digestibilities. Agronomically, yield is always a consideration, especially if land base is a limiting factor.

When trying to maximize the utilization of one component, there is often, but not always, a trade-off with the other component. Of course, trade-offs in the forage and feed industries are nothing new.

It’s a war on kernels

“If you don’t break kernels, it’s very unlikely you will be able to utilize the starch,” Luiz Ferranetto, a dairy nutritionist with the University of Florida, recently said at the Four-State Dairy Nutrition and Management Conference in Dubuque, Iowa.

There was a day when the prevailing line of thinking was to simply crack the kernel during harvest and the cow would do the rest. Hopefully, nobody is still in that camp.

It’s become really simple from a goal standpoint: If you don’t do a good job of kernel processing, starch (corn kernels) will merely take up space in the manure spreader.

Ferraretto noted that the current research suggests to not even feed corn silage until it has fermented 90 to 120 days in storage. He also mentioned that the development of new hybrids may shorten this recommendation in the future.

One final note on starch digestibility: Poor kernel processing at harvest cannot be compensated for by greater storage time. If it’s bad going in, it will be bad coming out. In other words, you have one shot to get it right.

As with starch, research is also bringing to light new ways of improving fiber digestion in corn silage. Unlike conventional forage crops, corn for silage must be harvested based on whole-plant moisture. Harvest timing is not really an option to change fiber digestibility.

There are, however, two primary methods to improve fiber digestibility. One is hybrid selection with the most obvious (and maybe only) example being the selection of brown midrib (BMR) hybrids, which have significantly higher fiber digestibility than conventional hybrids.

Another method to impact fiber digestibility is manipulating cutting height; this is a practice that is receiving more research attention and use in the field. The concept is simple — leave more lignin in the field.

Ferraretto and his graduate students recently completed a meta-analysis of cutting height research studies and developed simulation equations to predict the impact of high-cut corn on silage yield and quality.

Ferraretto noted that perhaps the combination of greater plant densities and cutting height might lead to improved quality without compromising yields. Stay tuned. More research is on the way.

We’ve come a long way in improving corn silage. The savvy corn silage producer has learned that the benefits of new hybrid and machine engineering technologies can only be realized if silage production and storage strategies are top notch. Only in such situations can the combined milk-producing ability of both starch and fiber be fully exploited.