Alfalfa prices begin the year down

The start of 2020 saw the average U.S. price for alfalfa drop $4 per ton from December. The latest USDA Agricultural Prices report pegged alfalfa at $171 per ton, which was $8 per ton lower than one year ago. 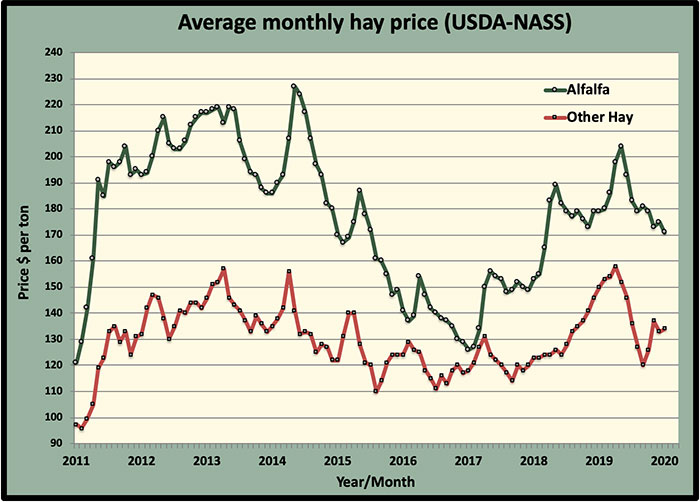 There were no states that posted significant hay price gains for January.

Price decliners were easily led by Wisconsin, which was down $51 per ton and was probably a correction from last month. Other states with double-digit declines included Iowa (down $19), Oklahoma (down $12), and Nebraska (down $11).

The highest average alfalfa hay prices were reported in Pennsylvania ($228 per ton) and Colorado ($225 per ton). New Mexico and Ohio both checked in at $220 per ton.

For January, the average price of Premium and Supreme alfalfa hay rose by $10 from December to $210 per ton, which was still $11 below one year ago. 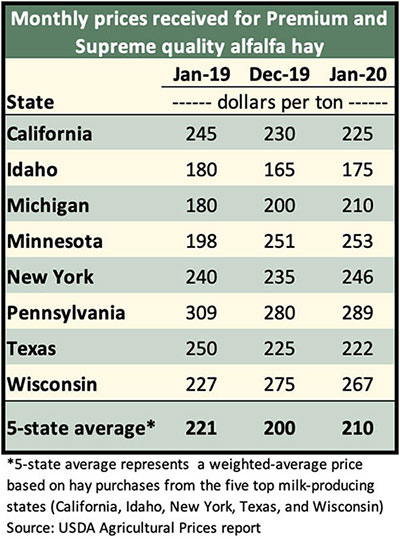 The January average price of other hay (mostly grass hay) rose by $1 per ton from the previous month to $134, which was $16 per ton below one year ago. 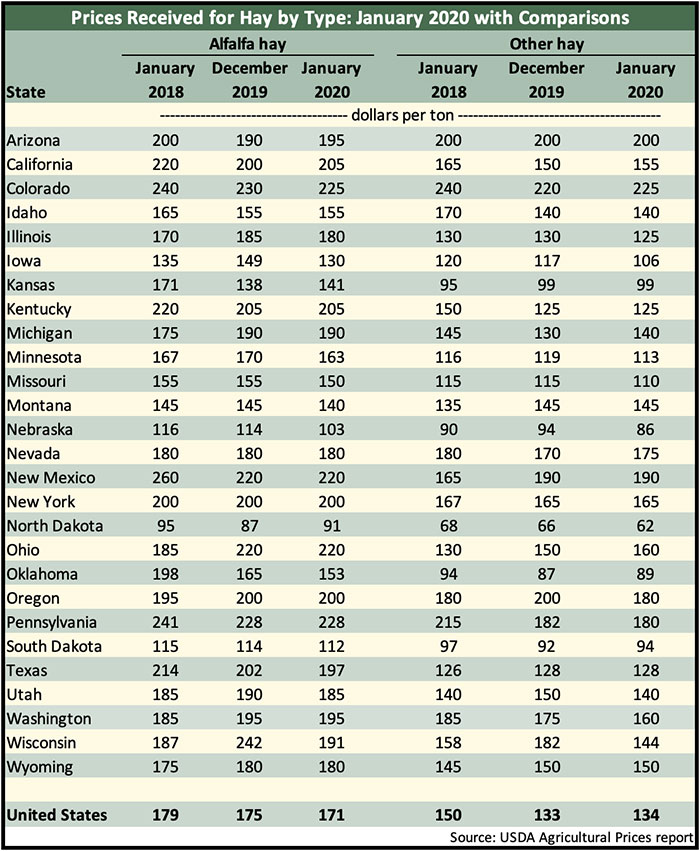