The monthly average alfalfa price for February held steady from the previous month. The latest USDA Agricultural Prices report pegged alfalfa at $171 per ton, which equaled January and was $9 per ton lower than one year ago. 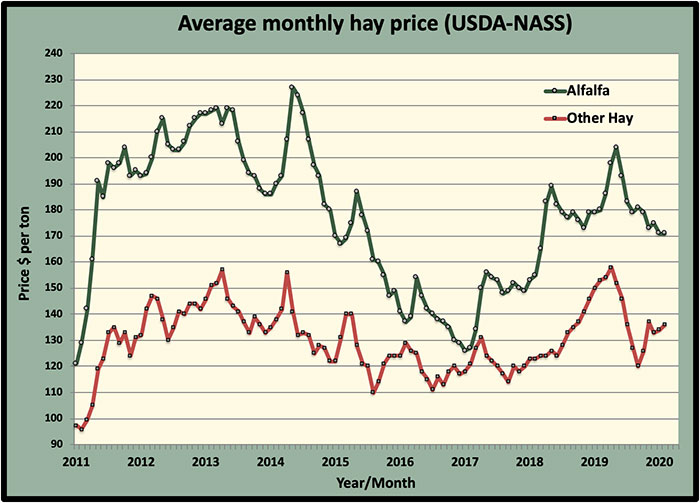 As was the case for January, there were no states that posted significant hay price gains during February.

Double-digit price decliners were few and geographically scattered. Texas was down $13 per ton, Iowa – down $11, and Utah – down $10.

The highest average alfalfa hay prices were reported in Colorado ($230 per ton) and Pennsylvania ($229). New Mexico and Ohio both checked in at $220 per ton.

For February, the average price of Premium and Supreme alfalfa remained the same compared to January $210 per ton, which was $15 below one year ago. 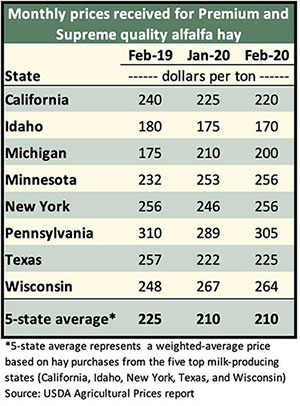 The February average price of other hay (mostly grass hay) rose by $2 per ton from the previous month to $136, which was $17 per ton below one year ago. 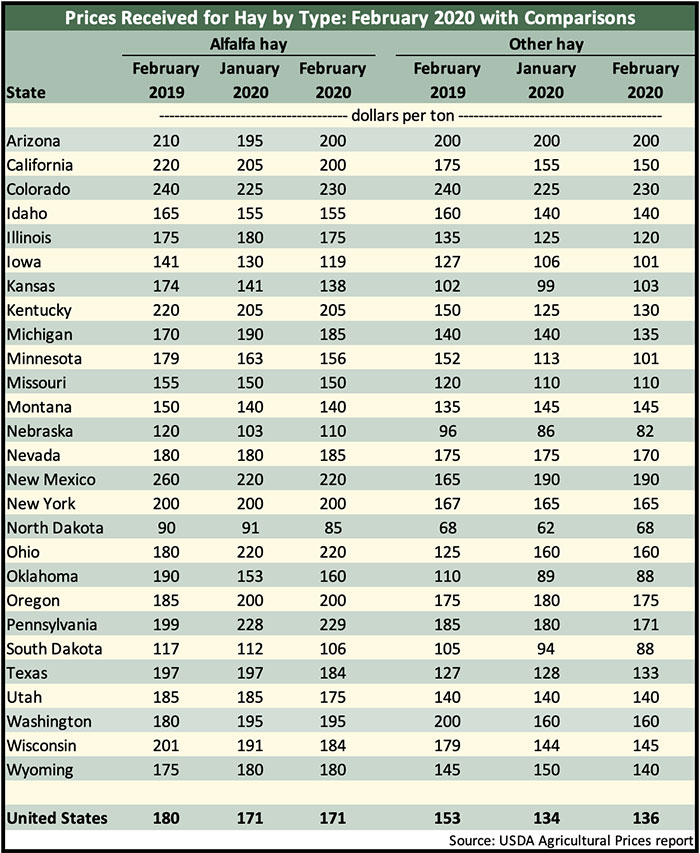