The monthly U.S. average alfalfa price for March climbed $4 per ton from the previous month after remaining stagnant since the first of the year. The latest USDA Agricultural Prices report pegged alfalfa at $175 per ton, which was still $11 per ton lower than one year ago. 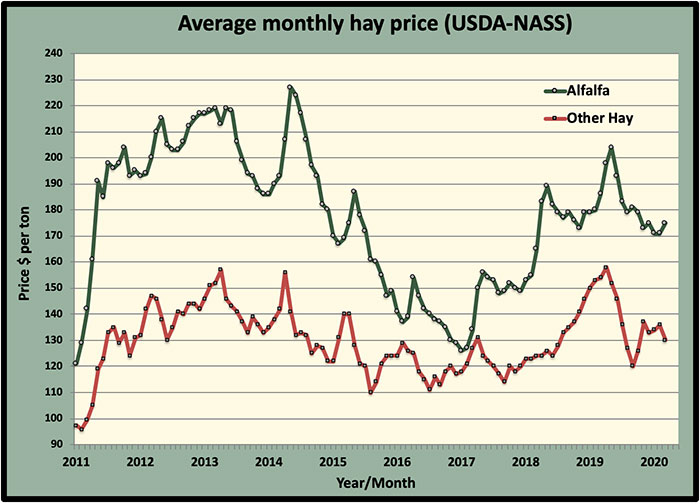 A couple of states posted significant price gains. New York was up by $43 per ton and Pennsylvania showed a $36 price jump. Illinois alfalfa hay averaged $10 per ton higher.

For March, the average price of Premium and Supreme alfalfa hay dropped by $5 per ton from February to $205 per ton, which was $8 below one year ago. 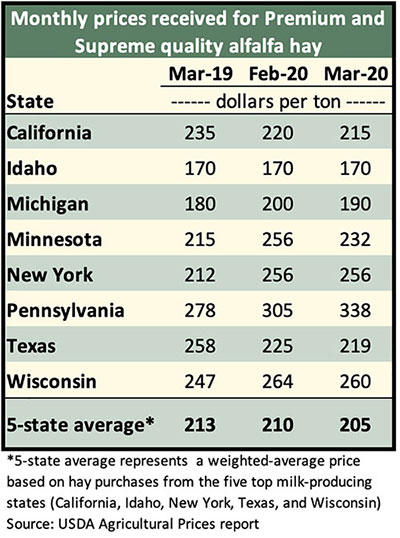 The March average price of other hay (mostly grass hay) dropped by $6 per ton from the previous month to $130, which was $24 per ton below March 2019. 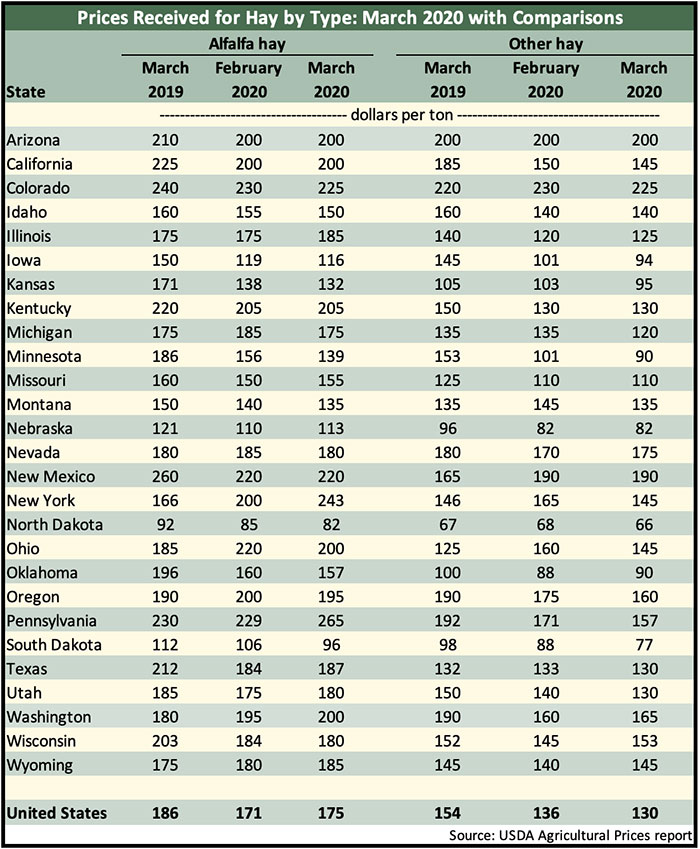