The monthly U.S. average alfalfa price for April climbed $6 per ton after making a $4 per ton gain for April. The latest USDA Agricultural Prices report pegged alfalfa at $181 per ton, which still is $17 per ton lower than one year ago.

In most years, the top alfalfa average price occurs in April or May. Last year, it peaked in May at $204 per ton before retreating to $175 by year’s end. Interestingly, only one state posted a double-digit price gain, and that was Idaho with a $10 per ton improvement.

Double-digit price decliners included only Pennsylvania, down $24 per ton, and New York, down $20. 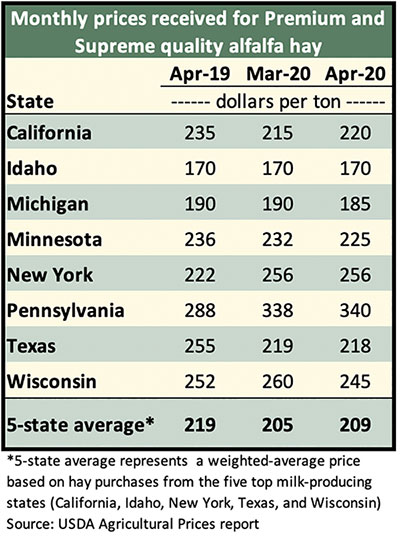 The April average price of other hay (mostly grass hay) dropped by $6 per ton from the previous month to $124. It marked the second consecutive $6 per ton monthly drop. 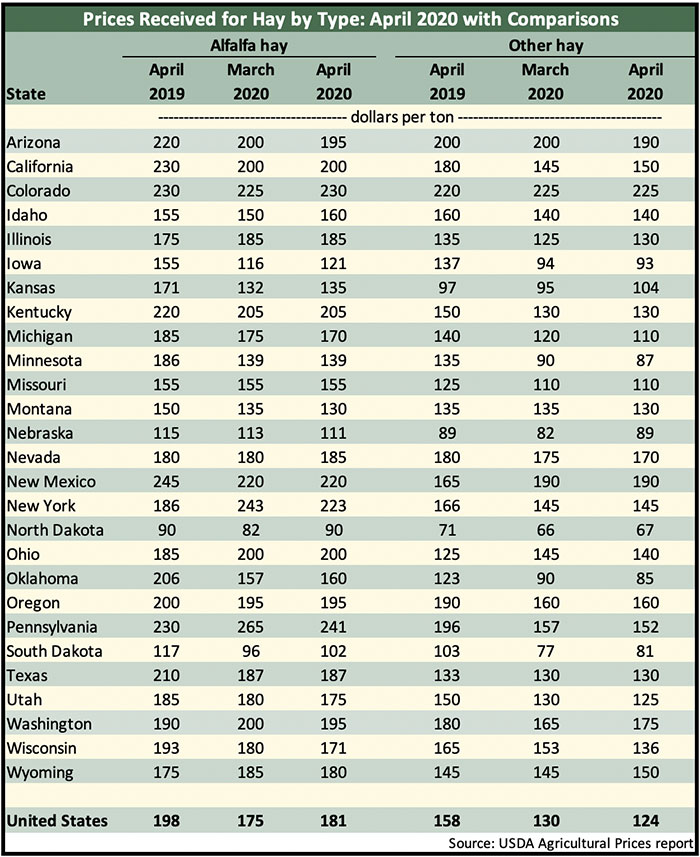