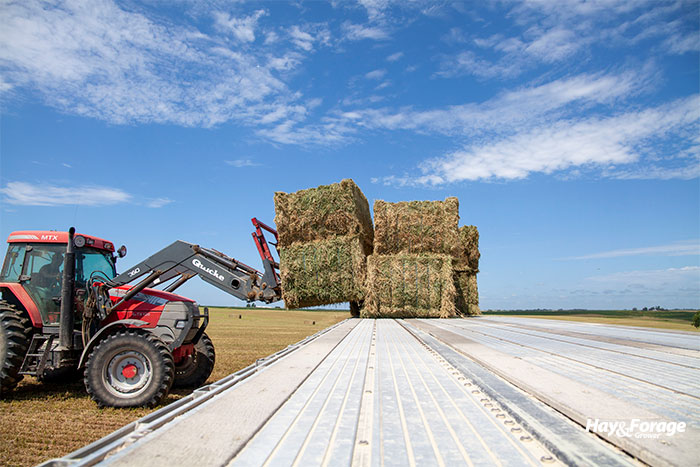 As much as farmers like to complain about the cost of hay equipment, few forage producers don’t enjoy looking at or reading about the equipment needed to get hay and silage into storage. I can tell you that many of our most read articles and feature stories somehow pertain to machinery.

Equipment and machinery expenses are considerable. For this reason, careful analysis is needed before making purchase decisions. Sizing equipment to the farm is largely a function of scale, but there are often other factors that must be considered beyond just the price tag.

I’ve known Kevin Shinners for a long time. He’s an agricultural engineer with the University of Wisconsin-Madison. He’s taught and mentored countless students through the years, most of whom went on to work for equipment manufacturers.

Shinners is also a researcher — a member of a shrinking university community who actually examines some practical forage harvesting and storage issues. Above all, Shinners is a straight shooter who follows the science. He doesn’t tell you what he thinks you want to hear; he tells you what he knows to be true based on the research or a strong educated guess if the research doesn’t exist. In short, Shinners is someone I listen to . . . and so should you.

In a recent issue of the Midwest Forage Association’s Forage Focus, Shinners offered an analytic summary of the considerations needed when deciding what size large square baler makes the most sense for a given farm operation.

All of these post-baling costs are influenced by bale size with the most common being (in feet) 3x3 and 3x4 in most areas other than the West where 4x4 bales are popular. Most importantly, fewer bales need to be handled, transported, stored, and fed with the larger bale. Shinners has developed an extensive spreadsheet that analyzes the variation in costs between the bale size options.

The objective of this work was to determine if savings from handling, storing, and feeding fewer bales could offset the greater baling costs inherent with the larger 3x4 baler. The cost of baling included the fixed costs of depreciation and interest.

“When more tons are baled per year, the ownership costs of baling can be diluted across more bales, helping drive down the fixed costs of baling,” Shinners notes.

His analysis showed that the cost of owning and operating a large square baler may be prohibitive when a small annual tonnage is harvested. If only a few hundred tons are harvested each year, the use of a round baler or hiring a custom baler makes the most economic sense, according to Shinners.

In looking at 3x3 and 3x4 large square baler options, the analysis showed that the 3x4 baler become more economical than the 3x3 baler when about 700 or more tons are baled per year. The crossover tonnage where the 3x4 baler makes the most sense will be slightly different for every farm.

The larger 3x4 baler reduces the number of bales that need to be gathered, stored, and fed by about one-third. Often, no major changes in the bale handling system need to be made.

Shinners points out that bale size is important from an economic standpoint, but there are also other factors that need to considered. These include:

Field productivity: With factors such as windrow size and moisture being equal, the 3x4 baler will likely be able to bale more acres per hour than the 3x3 baler. This allows for bales to be gathered and transported more quickly.

Baleage: Some individual wrappers can’t handle a 3x4 bale, perhaps necessitating a wrapper upgrade if the shift to a 3x4 baler is made.

Stability: The 3x4 bale has a wider base, making it more stable when stacked. Also, there will be fewer bales in a stack, which further aids stability. Regardless of bale size, always use proper stacking and strapping procedures.

The 3x3 large square baler was introduced more than 30 years ago for smaller livestock producers. With many larger operations and more than adequate equipment to handle bigger and heavier bales, Shinners thinks it may be time to evaluate and consider the potential economic benefits of the 3x4 bale size.

Get your round baler in game shape Next

Rakes: the bridge from cutting to baling Previous