Alfalfa price soars during May

The average price of U.S. alfalfa hay in May jumped $7 per ton after rising $6 the previous month, according to USDA’s Agricultural Prices report. It was the sixth consecutive month that the alfalfa price posted a month-over-month gain. The average price for Supreme and Premium alfalfa hay increased by $15 per ton.

The alfalfa hay price averaged $194 per ton during May, which was $15 per ton above one year ago. The May average price exceeded any month in 2020 and is the highest price recorded since May 2019 when alfalfa hit $204 per ton. 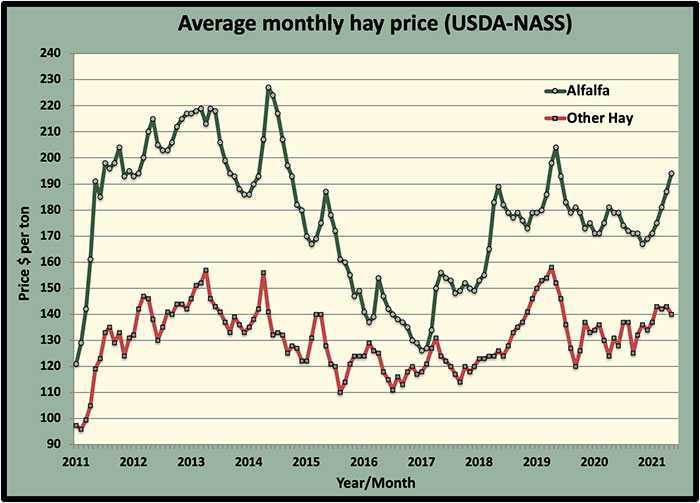 Six states registered double-digit, month-over-month alfalfa price gains in May. Leading this group was Iowa, posting a $27 per ton improvement. It was followed by Wisconsin (up $16), Minnesota (up $13), North Dakota (up $12), and Montana and Washington, both up $10.

No state posted double-digit price declines for May.

Keep in mind that the USDA average prices account for all qualities of hay sold. Also, the final U.S. estimate is a volume-weighted average rather than a simple average of state values. States with the most volume sales will impact the final U.S. dollar value more than those states with fewer sales. 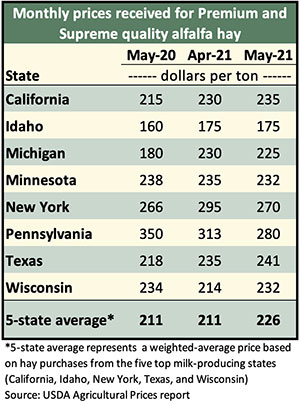 Although difficult to explain, the May price of other hay averaged $140 per ton, which was $3 per ton lower than the previous month but $9 per ton above one year ago.

States with the lowest reported other hay average prices were South Dakota ($87 per ton), Nebraska ($90), and North Dakota ($97). 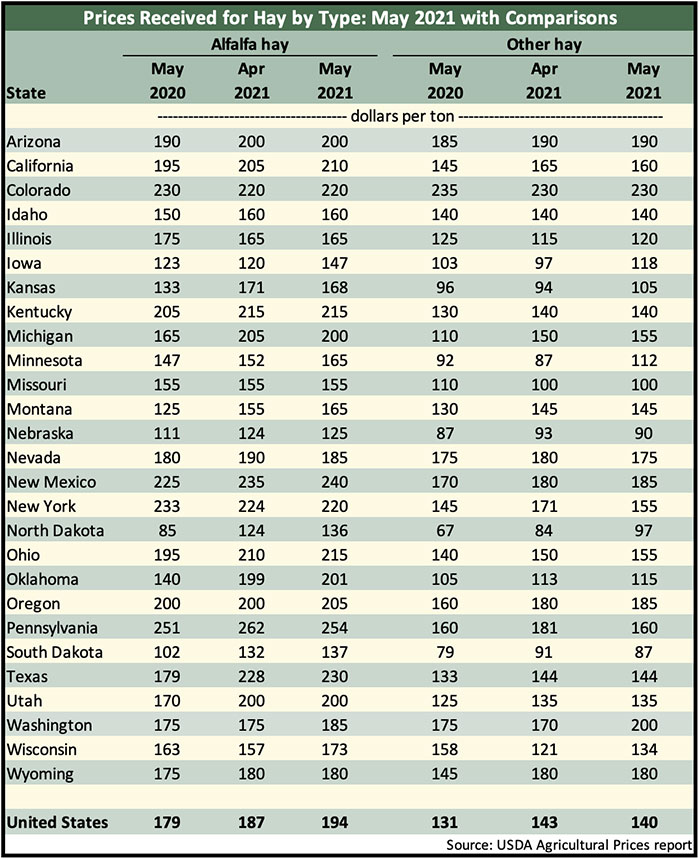