The average price of U.S. alfalfa hay in June jumped another $5 per ton, according to USDA’s Agricultural Prices report. It was the seventh consecutive month that the alfalfa price posted a month-over-month gain. The average price for Supreme and Premium alfalfa hay increased by $4 per ton after climbing $15 per ton the previous month.

The alfalfa hay price averaged $199 per ton during June, which was $20 per ton above one year ago. Typically, the average monthly price retreats in June, but widespread drought and strong commodity prices have made this year anything but typical. The June average price exceeded any month in 2020 and is the highest price recorded since May 2019 when alfalfa hit $204 per ton. A whopping ten states registered double-digit, month-over-month alfalfa price gains in June. Leading this group was South Dakota, posting a $37 per ton improvement. It was followed by North Dakota (up $28), Idaho (up $20), Nebraska (up $20), and Washington (up $20).

Four states had double-digit price declines. These were Ohio (down $15 per ton), Texas (down $14), and New York and Michigan, both down $10 per ton. 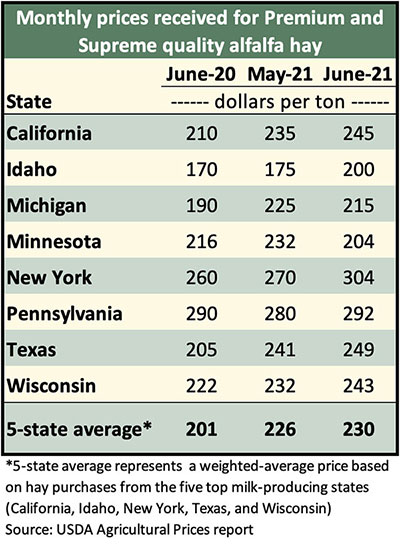 The June price of other hay (mostly grass) averaged $140 per ton, which was the same as the previous month but $12 per ton above one year ago.

Nebraska had the lowest reported other hay average price at $90 per ton. It was followed by Missouri and Kansas, both at $105 per ton. 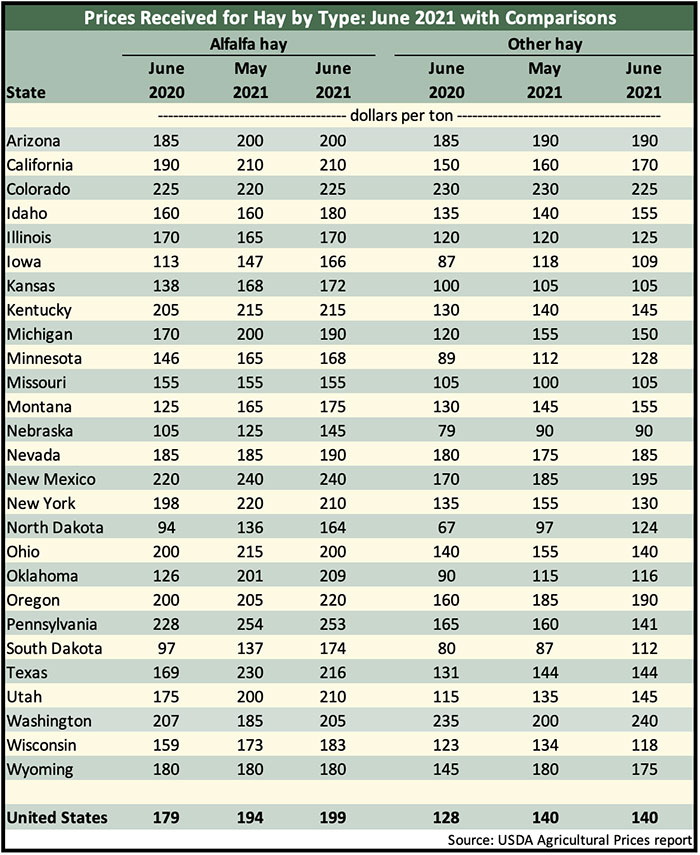