Another month, another price hike

The average alfalfa hay price during October rose to $213 per ton, which was the highest monthly average since July 2014.

The October alfalfa price was $4 per ton above the previous month and $44 higher than one year ago. It was the eleventh consecutive month that the alfalfa price posted a month-over-month gain in USDA’s Agricultural Prices report.

The average price for Supreme and Premium alfalfa hay increased by $3 per ton to $247, a whopping $53 per ton higher than one year ago. 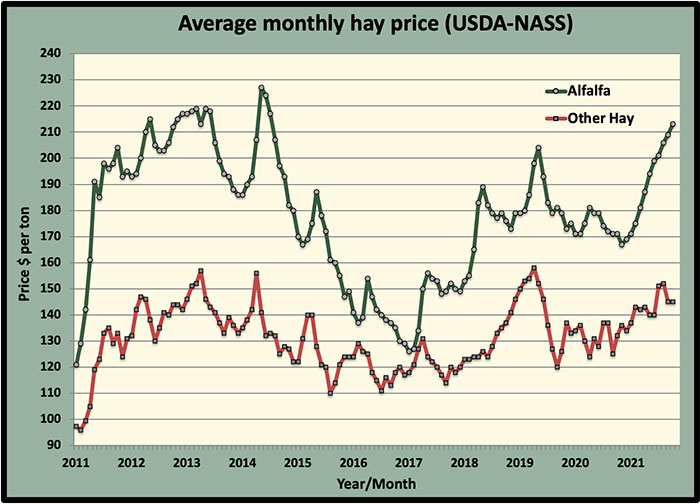 Ten states registered double-digit, month-over-month alfalfa price gains in October. Leading the group was Iowa, posting a $27 per ton improvement. The next highest jumps were in Idaho (plus $15) and Nebraska (plus $14). Arizona, Kansas, Minnesota, Montana, Oregon, Texas, and Utah were all up by $10 or $11 per ton.

Only two states posted double-digit price declines. These were Colorado and North Dakota, both down $10 per ton.

The lowest alfalfa hay prices were posted in North Dakota and Missouri, both at $160 per ton. 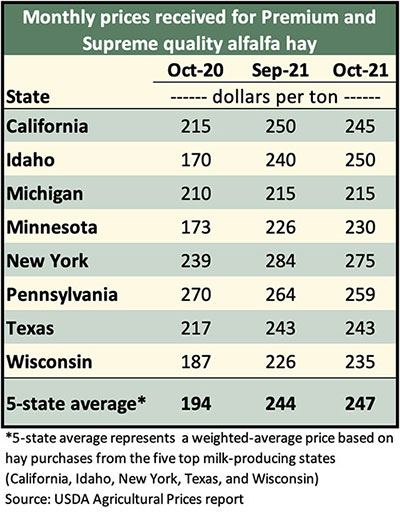 The October price of other hay (mostly grass) held steady at $145 per ton, which was $12 per ton above one year ago.

Oklahoma had the lowest reported other hay average price at $90 per ton. It was followed by Missouri ($100). 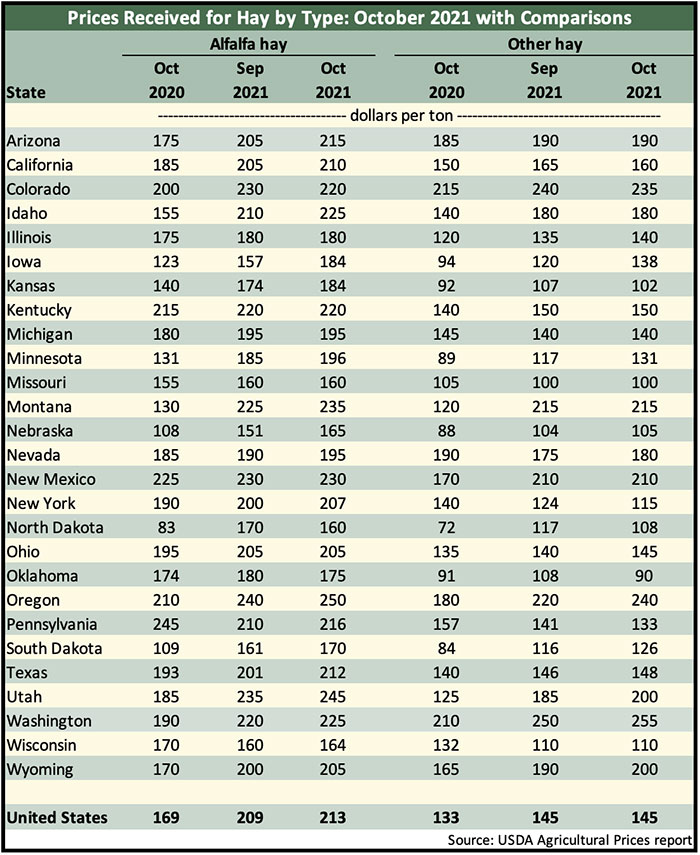