After six months of minor back and forth movement, the average alfalfa hay price jumped by $7 per ton in March compared to the previous month, according to USDA’s Agricultural Prices report. 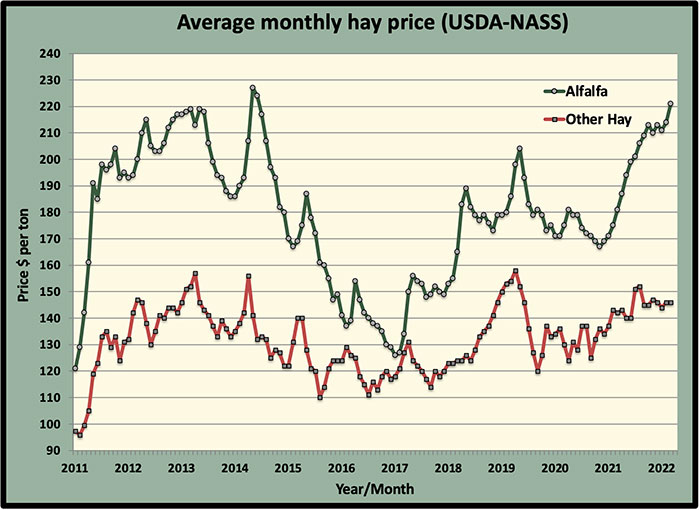 Four states issued double-digit gains in their average alfalfa hay price. Arizona was up by $20 per ton while New York posted a plus $13 hike. Oregon and Washington were both up by $10 per ton.

The highest average alfalfa hay price was reported in Arizona at $270 per ton. Montana, Oregon, and Utah all had an average price of $260 per ton.

The lowest alfalfa hay price was reported in Wisconsin at $161 per ton. It was followed by Iowa, Missouri, and Nebraska at $165. 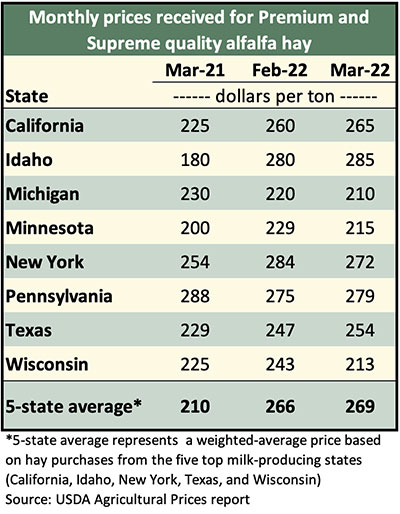 The March price of other hay (mostly grass) held steady at $146 per ton, which was $4 per ton above one year ago. 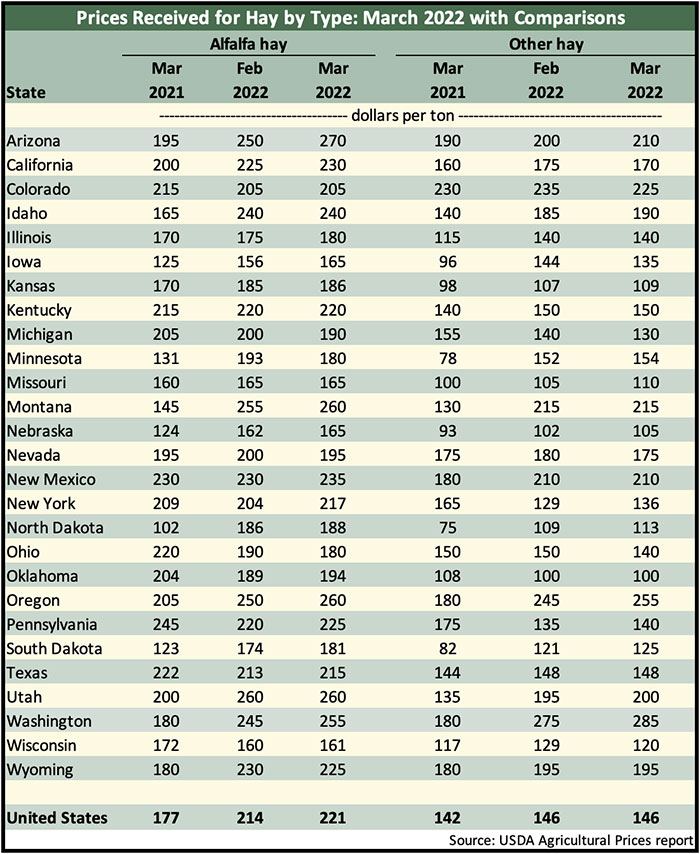