Hay jumps a buck in May

Given that the record-high alfalfa price was set in April, any further northward movement in value sets a new high-water mark. In May, the market did just enough to push the alfalfa price up $1 per ton, according to USDA’s Agricultural Prices report.

The average price of alfalfa during May was $244 per ton, $50 per ton above a year ago. As mentioned last month, the average price for alfalfa hay was below $130 per ton as recently as early 2017. In most years, hay prices peak in either April or May (2021 being the exception). 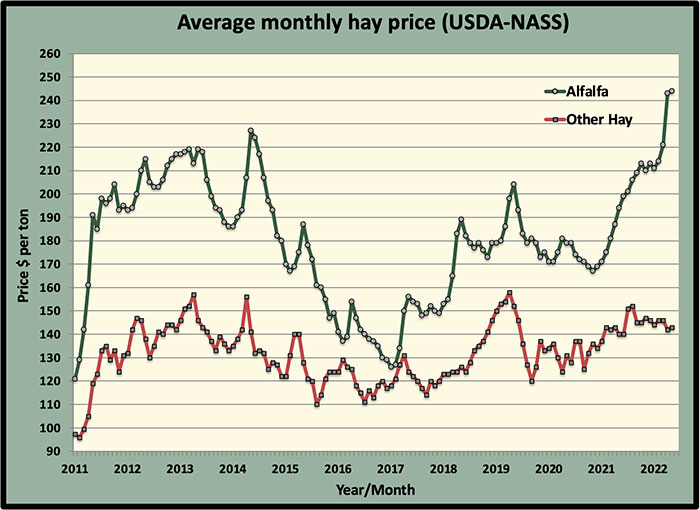 Eight states issued double-digit gains in their average alfalfa hay price. Arizona led this group at plus $20 per ton. It was followed by three $15 gainers in Pennsylvania, New York, and Oklahoma while Washington, Idaho, New Mexico, and Iowa were all $10 higher.

The highest average alfalfa hay price was reported in Arizona at $305 per ton. Oregon checked in at $270 while Washington recorded a $265 price. Idaho, Montana, New Mexico, and Utah were all at $260 per ton.

The lowest 11 alfalfa average prices were once again all from Midwestern states. Missouri had the lowest price at $165 per ton. It was followed by Wisconsin at $168. 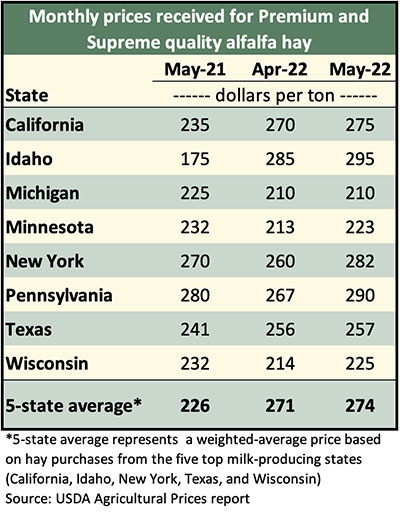 Like alfalfa, the May average price of other hay (mostly grass) rose by $1 per ton to $143, which was only $3 per ton above one year ago.

Oklahoma had the lowest reported other hay average price at $100 per ton. It was followed by Nebraska and Kansas, both at $105 per ton. 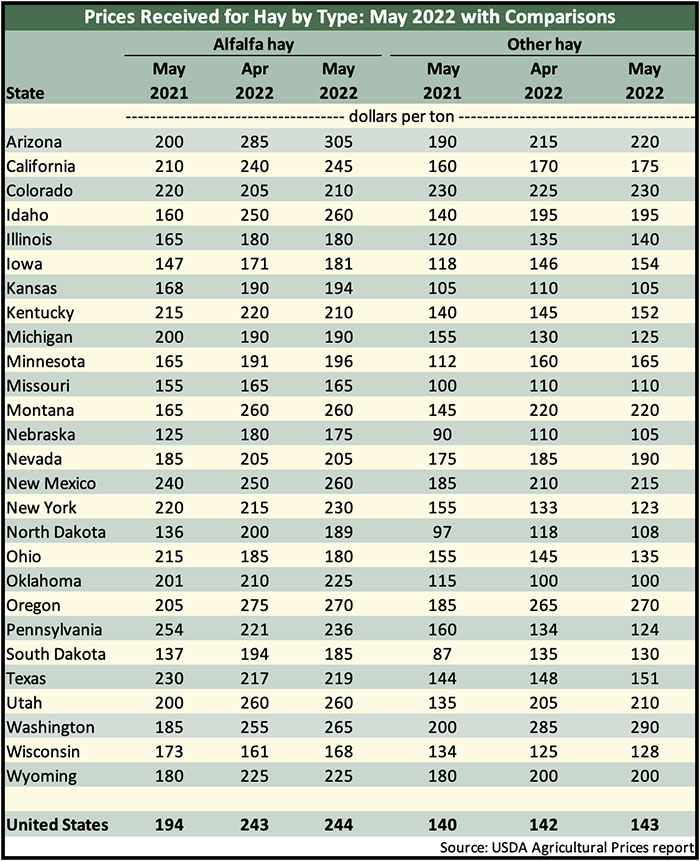