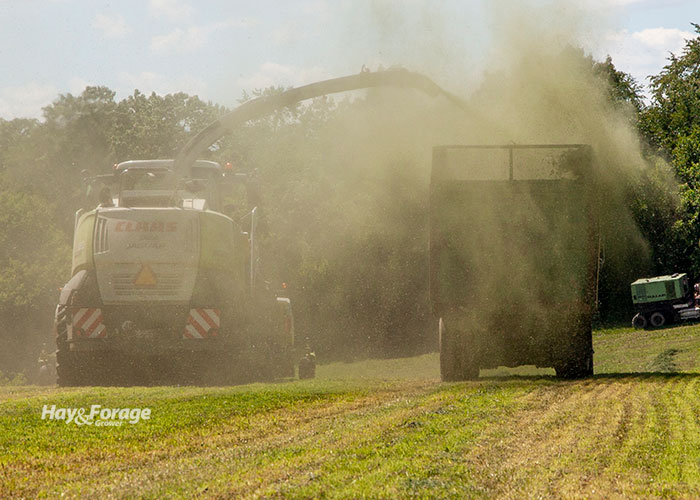 Fall is always a good time to focus on leaves. In fact, people drive hundreds of miles to states such as Vermont to view the collage of leaf colors, while for many of us, autumn brings an unwelcomed leaf-raking ritual.

With so much attention on leaves, this might also be a good time of year to view and evaluate your harvested alfalfa to assess how much leaf retention actually occurred over the summer, or if too many leaves are being left in the dust by the baler or chopper.

Consider that a University of Wisconsin study showed that leaf percentage accounts for 70% of the variation in harvested alfalfa quality. In some recent work done by David Weakley with Forage Genetics International (FGI), he found that relative forage quality (RFQ) rose by 4.6 units for each 1 unit change in leaf percentage. In other words, a 5-unit bump in leaf percentage boosts RFQ by 23 points.

Dan Undersander, emeritus professor and former forage specialist with the University of Wisconsin, has often said that alfalfa leaf retention has more impact on forage quality than plant maturity. Leaves don’t change much in quality with maturity while stem quality declines rapidly. That said, leaf loss from foliar diseases can be an issue as plants mature.

Although we first think of forage quality loss because of lost leaves, yield may also take a significant hit.

Most estimates put an average bud-stage alfalfa stand at about 50% leaves, although the range is often cited at 40% to 60% because variety, growing environment, and plant maturity impact the ratio of leaves to stems.

Where do losses occur?

Sometimes significant leaf losses take place before harvest as a result of foliar plant disease. This is especially the case in humid regions and can only be limited by variety selection, foliar fungicides, and/or a timely harvest. The degree that is a recurring problem is easily checked by looking underneath the alfalfa canopy to see how many leaves are lying on the ground. 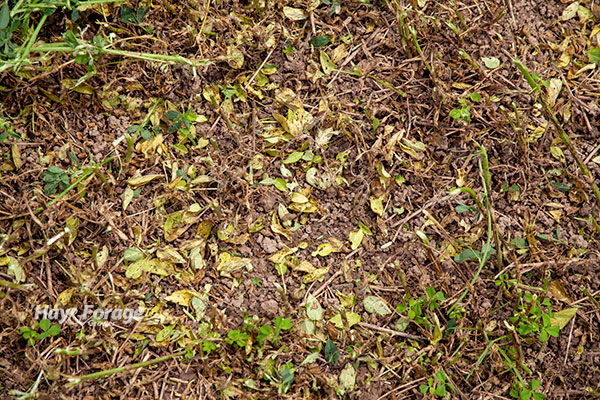 Foliar diseases can contribute to significant leaf drop prior to harvest, especially in the first cutting.

From cutting to baling or chopping is generally where there is the most opportunity for leaf loss. Swath or windrow manipulation is often a necessary evil, but if it’s done when the forage is much drier than 30% moisture, leaf loss is nearly unavoidable, especially with a rotary, basket, or wheel rake. This is why most producers manipulate the alfalfa early in the morning when external dew can work to the haymaker’s advantage.

Leaf loss at the baler or chopper can also be significant. Chopping hay that is too dry is especially a leaf-loss killer as dry leaf particles are offered to the wind before ever reaching the truck or wagon.

Where do you stand?

In the past year, an alfalfa leaf percentage test called LEAF has been developed and made available at most of the major forage testing labs. Although this test isn’t something that producers would likely request for all of the hay or haylage they make or sample, it might be a test to help aid in assessing a farm’s overall ability to preserve leaves.

As a general guideline, alfalfa leaf percentage should be above 40% and preferably above 45%. Any result below 40% is worthy of questioning where leaf loss is occurring. It might also be enlightening to test alfalfa at various points from cutting to baling or chopping.

Alfalfa leaves hold the key to its feeding benefits. Guard and maintain them from preharvest to storage.

Time for an alfalfa gut check Next

Is the risk of fall alfalfa cutting overrated? Previous