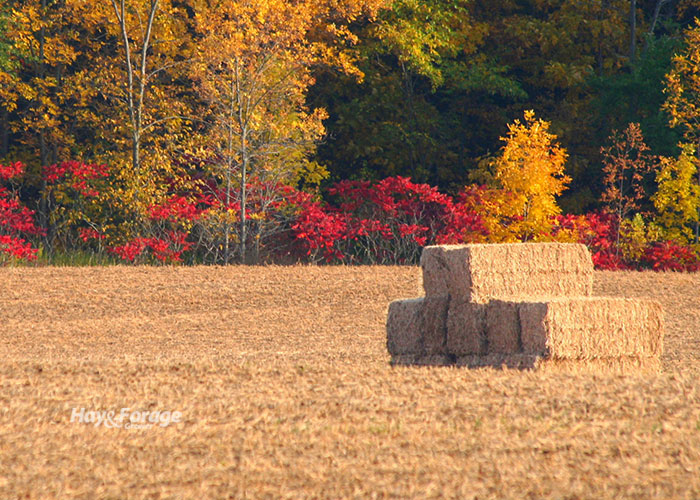 Farmers may be looking for alternative feedstuffs this fall if they are experiencing high hay prices or forage shortages due to drought. Baling soybean residue can be a low-cost solution to these issues, but doing so might come at the expense of other aspects of an operation.

The Nebraska Direct Hay Sales report lists large round soybean residue bales in the Cornhusker State costing roughly $80 per ton, whereas large round cornstalk bales are about $110 per ton. Additionally, the Nebraska Farm Custom Rates guide estimates average statewide baling and raking rates are $16.20 and $8.09 per acre, respectively.

Erin Laborie and Todd Whitney with University of Nebraska-Lincoln note that these numbers show the difference between input costs for baling soybean residue and its market price is roughly $55 per ton. The extension educators say making soybean residue bales may not justify the cost of production, nutrient removal from the field, or the risk of erosion associated with this practice.

Soybean residue doesn’t offer much from an animal feeding perspective. It is low in protein and energy compared to the residue from other crops like corn, sorghum, and wheat. In fact, the educators note the former only has about 4% crude protein and 36% total digestible nutrients.

Soybean residue is also high in lignin, making it highly unpalatable and difficult for cattle to digest. Therefore, baled soybean residue cannot be utilized as a main source of feed — it must be incorporated into a more comprehensive ration.

“Feeding soybean residue alone will not meet the nutrient requirements of the cow and will result in loss of condition,” the educators assert. “Higher quality feeds fed in combination with soybean residue will help stretch feed resources while ensuring the cow’s nutrient needs are being met.”

Removing soybean residue can also raise the risk of soil erosion. Research suggests fields need at least 2 tons of crop residue per acre to maintain soil organic matter content. With that said, more crop residue may be required to protect fields from wind and water erosion in between growing seasons.

Overall, the educators encourage farmers to consider the consequences of baling soybean residue. Even though this practice may be warranted in some situations, the costs will likely outweigh the benefits.