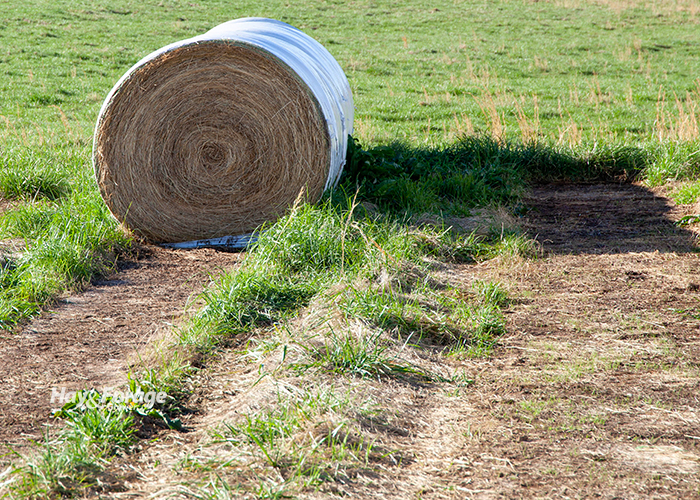 This past year saw the Southern Plains and western Midwest regions get rocked by drought. These same areas are dense with beef cattle found in both large and small herds.

Drought can be devastating to home-grown forage inventories and eliminate the possibility of purchasing additional local hay. In other words, it can be difficult to overcome hay deficits for winter feeding.

Already this fall and early winter, there have been mountains of information spoken and written on how to overcome hay deficits. Here, we’ll continue that trend with a focus on some practical ideas for limit feeding hay, which sounds easy, but it’s not.

“There’s nothing I can recommend for overcoming a short hay supply that doesn’t involve more labor and management, and that includes limit feeding hay,” said Harold Stephens, an agriculture extension educator in Atoka County, Okla., during a recent Oklahoma State University Extension webinar.

In Stephens’ county, the commonality among his beef producers this year is that they’re short on hay inventory to get through winter. This realization mandates the need to limit daily hay feeding and then supplement with some other nutrient source.

Hay can be limit fed based on either amount or time. Limiting the amount of hay fed daily works well when square bales (small or large) can be portioned appropriately, when a hay processor is available, or when a portion of a round bale can be unrolled.

In Stephens’ region, most small beef producers don’t have square bales or hay grinders and processors. However, unrolling bales on pastures is a common practice.

“There are a lot of obstacles to unrolling the correct amount of hay for the cow herd,” Stephens said. “Guessing the weight of half of a bale isn’t easy, and bales rarely unroll evenly.”

The extension educator pointed out that a 5.5-foot, 1,000-pound round bale contains about 60% of its weight in the outside 12 inches. “If you have a 30-cow herd and want to limit consumption to 10 pounds daily, that 300 pounds of feed is only the outside 6 inches of the bale,” Stephens noted. “If possible, one solution is to match the cow numbers with the weight of the bale.”

For smaller operations, Stephens feels that timed or limited access to round bales may be the best approach. With this strategy, the hay feeding area must be separate from where the cows are maintained.

“It’s important to have enough space or feeders for all of the cows to eat at one time,” Stephens asserted. “It can be difficult to get cows away from the hay when their time is up, so it works best to feed the concentrate in a separate pen as soon as their hay-feeding time allotment is over. They’ll generally leave the hay area for the supplement area.” He noted that he had personal success with this approach during the drought of 2011 with his small cow herd.

Oklahoma State University Extension has developed the following guidelines for beef cattle consumption based on access time to a round bale feeder:

“These are estimates, but you may have to tweak these values a little bit based on your hay quality and cows.” Stephens said. “However, they’ll give you a starting point.”

When hay is limit fed, the educator and farmer outlined some precautions that need to be considered. First, cows need to be fed at the same time every day to avoid digestive problems. He also recommended that hay be fed before the concentrate to ensure adequate hay intake. Acidosis, bloat, and founder are potential problems to be on the lookout for.

“The total pounds of feed consumed per day will be less than what cows are accustomed to,” Stephens said. “These are not going to be happy cows, so your fences better be pretty good. All we are trying to do is maintain weight with minimal hay. To do so, it’s going to take more labor and management.”