After a robust retreat in June, hay prices dropped only minimally in July, based on USDA’s most recent Agricultural Prices report released last week. The All Hay price dropped $1 per ton to $159, which is still $18 higher than July 2017. Other Hay (hay other than alfalfa) actually jumped $5 per ton from June to $126 per ton. That’s $6 higher than July 2017.

The average July Alfalfa Hay price dropped by $2 per ton from June to $179 per ton, which is $26 higher than one year ago, The Alfalfa Hay price is still $30 per ton above last December. As a general rule, annual alfalfa prices peak during April or May. 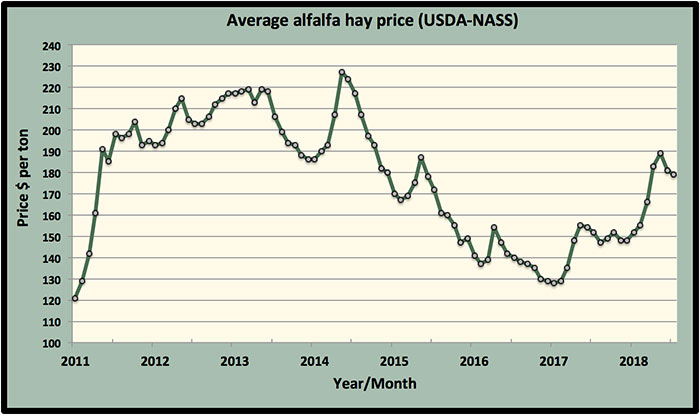 Milk prices and Chinese tariffs having impacts Next