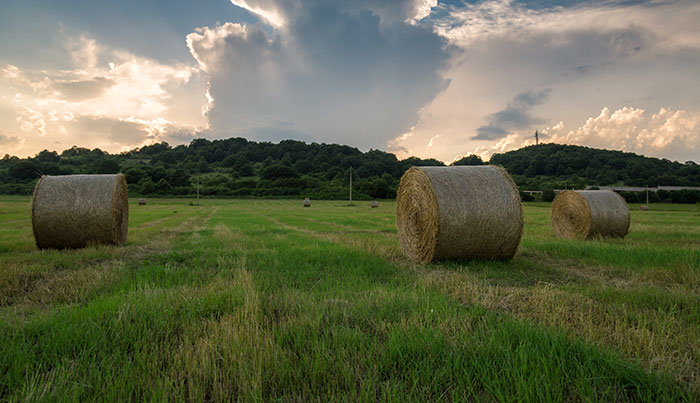 Are you feeding hay or are the cows still out on stockpiled pastures? Perhaps both resources are being utilized.

Making hay has become a dirty word in many grazing circles, yet the vast majority of grazing-based livestock systems still utilize baled hay in some way, shape, or form. Few farms, even in the Deep South, can get away from either making or buying hay to support cattle nutrition.

Still, we often hear the rally cry that making and feeding hay is driving profitability into the gutter because it’s much more expensive than grazing.

One of the many things I did during my career as an extension agent in Wisconsin was to coordinate activities and programs for a regional grazing network. One of the people I would call on from time to time as a guest speaker was Ben Bartlett.

Bartlett was the regional dairy and livestock specialist based in Michigan’s Upper Peninsula. He and his wife, Denise, also ran their own small livestock operation. Bartlett was a grazing guru who was often asked to share his grazing knowledge at educational events around the U.S. and beyond.

On the cover of the January issue of Hay & Forage Grower magazine (it’s in the mail!) you’ll see a picture of Bartlett, now retired from extension but still a producer of sheep and cattle.

The cover is not one of Bartlett admiring his livestock, but rather is of him greasing his round baler. On my visit to his farm last summer, he was getting ready to make some hay.

“I’m all for grazing as being the best way to harvest forage,” Bartlett said. “It’s good for the producer and the land, but that doesn’t necessarily mean that making and/or feeding hay isn’t also a profitable part of the larger economic equation.”

For Bartlett, that equation is using both grazing and harvested forage. He lives in an area that receives an average of 180 inches of snow per year. There is no forage production from about mid-October through mid-April, or half of the year.

“We have an amazing, productive summer but get 50 percent of our annual forage production during the first 60 days of the growing season and the other 50 percent over the next 120 days,” Bartlett explained. “Our humid climate prevents us from stockpiling that first 60 days of abundant forage growth. Though our situation may be extreme, most places experience some level of uneven forage production whether it be caused by cold temperatures or hot, dry conditions during mid-summer.”

Bartlett said it all comes down to harvesting solar energy captured in forage and converted to a saleable asset as cattle and sheep gain. “For me, and I believe for many others, harvesting hay is a component to reach that end,” he said. “We have to hold extra feed from that first part of the year to have it in the second half of the year.”

Bartlett supports the use of stockpiled forage growth is a means to reduce the need for stored forage, but it’s not necessarily a one-for-one trade-off.

“Stockpiling is subject to weathering losses and shrinkage from rain and wind,” the former extension specialist said. “We also can lose our stockpile to deep snow. The longer that forage stays out there, the more those losses mount. Even though stockpiling is an effective strategy, it’s not necessarily a free strategy,” he added.

Of course, making hay is not a free strategy either. Bartlett makes both dry hay and baleage and does everything he can to harvest and preserve a quality product.

“The only thing worse than making hay is spending the money to make low-quality hay,” Bartlett said. For him, it’s all about the maximum harvest of solar energy, leveling out the forage production year, and ultimately making a profit. He’s pushed the pencil and has found that adding the option of haymaking can help him reach his desired goals.

Checking in on fertilizer prices and use Next

Hay barns can be a profit center Previous