The February average price for both alfalfa and other hay types looked very similar to that of January’s in the USDA’s latest Agricultural Prices report. 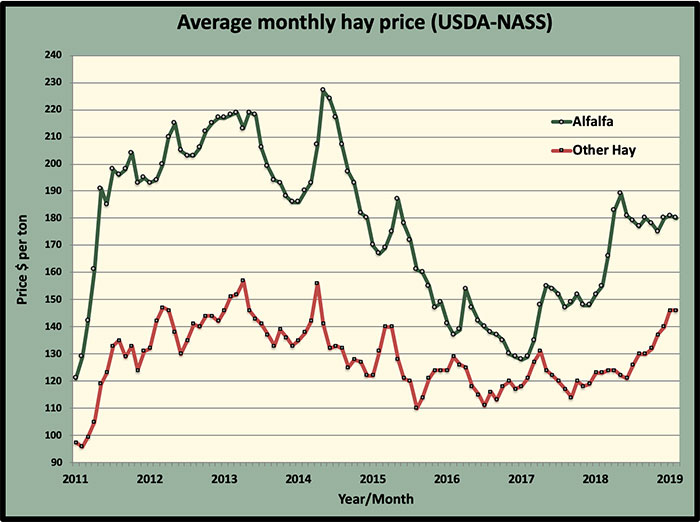 The leading alfalfa hay price gainers in February were led by the Midwest states of Iowa (up $14 per ton), Wisconsin (up $14), and Minnesota (up $12). The only other double-digit price boost was Arizona (up $10).

Those states with the greatest price declines in February were Pennsylvania (minus $42 per ton), Texas (minus $17), Indiana (minus $10) and Oregon (minus $10).

The February price of other hay (mostly grass hay) held steady at $146 per ton. This value is $23 higher than the previous year and marks the ninth consecutive month without a price decline.