Native pastures respond to fertilizer, but . . . 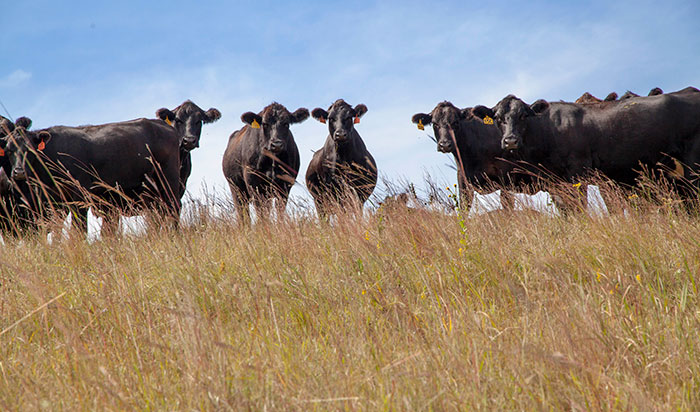 Investing in fertilizer to enhance the growth of native grass pastures and hayfields has long been theorized as a questionable practice. Eddie Funderburg, senior soils and crops consultant for the Noble Research Institute (NRI) in Ardmore, Okla., decided to put that theory to the test.

At two Oklahoma locations with low soil test phosphorus, Funderburg imposed five different fertilizer treatments (see table) that were applied in the spring for two years. He measured yield into the year following the fertilization treatments and did an economic analysis for each treatment.

“Native grass responded very well to fertilizer, especially phosphorus, Funderburg writes in a recent issue of NRI’s News and Views. “In addition, plots fertilized with phosphorus produced significantly more forage than unfertilized plots or plots only fertilized with nitrogen one year after fertilization ceased. The carryover effect lasted only one year in this study,” he adds.

All of the fertilizer applications resulted in more forage yield than the unfertilized control treatment. There was no significant difference in profitability between the fertilization treatments except for the one that included 100 pounds of nitrogen per acre and no phosphorus, which was least profitable.

“Since there is economic risk in applying fertilizer, we generally do not recommend its application unless there is a significant advantage to doing so,” Funderburg states. “Therefore, the general recommendation of not fertilizing native grass is correct in most instances.”

Funderburg points out that the economics of fertilizer applications changes depending on fertilizer and cattle prices. If sufficient land area is available to run the number of cattle desired, he recommends not to fertilize native grasses because the economic return is questionable.

Conversely, the researcher says that if a rancher needs to boost carrying capacity and does not have introduced species such as bermudagrass available to fertilize, a fertilizer application may be beneficial. Funderburg recommends applying 50 pounds of nitrogen per acre, plus the amount of phosphorus and/or potassium recommended from soil test results.

“In this case, an application of fertilizer can significantly increase the carrying capacity of the land for a growing season if sufficient rainfall occurs to allow the grass to fully utilize the fertilizer,” Funderburg says. “Proper grazing management must be incorporated into this plan to ensure that overgrazing does not occur,” he concludes.