Do you know the NDF flavors? 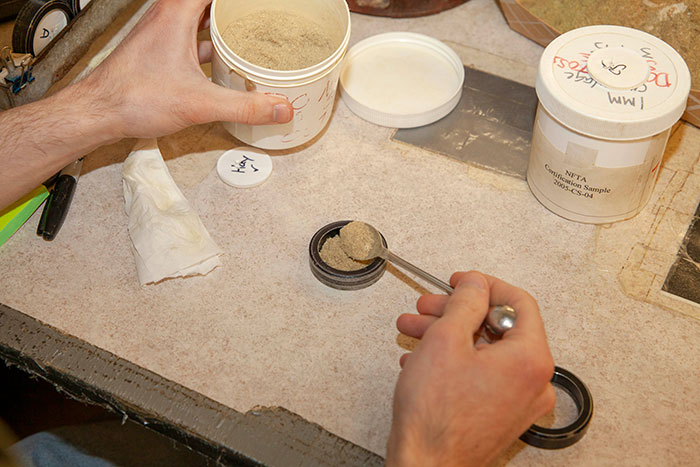 Aside from crude protein, perhaps no forage analysis metric defines its quality more so than neutral detergent fiber (NDF). A compelling argument could be made that NDF is even more important than crude protein.

Around since the 1960s, NDF includes the key fiber components of a forage — hemicellulose, cellulose, and lignin.

Neal Wininger, Dairyland Lab’s (Arcadia, Wis.) feed and forage consultant, notes that NDF has undergone two important changes since its inception into the forage-testing world. Further, he says that knowing the difference in how NDF is determined is critical when comparing samples and evaluating your own forages.

“A significant change to the (NDF) method came about in the 1990s,” says Wininger in a recent Dairyland Lab's newsletter article. “The acronym NDF changed to aNDF, which signified the additions of amylase and sodium sulfite to the neutral detergent procedure. Amylase was added to remove potential starch contamination. This addition had the most impact on forages containing significant starch levels, like corn silage and sorghum silage, which increased chances for artificial elevation of NDF levels prior to the addition of the amylase,” he explains.

The addition of sodium sulfite also had an important role: It reduced protein contamination and had its greatest impact on high-protein forages such as alfalfa and clovers. This change tended to close the gap between aNDF and acid detergent fiber (ADF) values by lowering the aNDF values on these high-protein forages.

In the early 2000s, a second significant change to NDF evaluation occurred. Following the aNDF wet chemistry procedure, the sample was subjected to an ashing process, which burns off all organic matter and leaves only ash contents. This helps to account for any soil contamination (ash) that might have been in the sample and is indicated with the aNDFom acronym.

Depending on where the forage analysis done, forage producers may see NDF, aNDF, aNDFom, or some combination of all three on their results sheet. Be sure to only make comparisons across similar analyses. Also recognize that the most accurate estimate of real NDF (hemicellulose, cellulose, and lignin) is currently characterized by aNDFom.