Alfalfa breaks $200 mark for May

That statement came to fruition in the latest USDA Agricultural Prices report as the average alfalfa hay price climbed $5 to $204 per ton. Premium and Supreme alfalfa hay also moved higher in the top U.S. milk-producing states.

The last time we had a monthly alfalfa hay price that exceeded $200 per ton was August 2014 when it hit $207. During that same year, the average price peaked in May at $227 per ton.

The May average alfalfa hay price was $15 per ton higher than one year ago. From the end of December until the end of May, the average price for alfalfa has risen $24 per ton. It’s typical for hay prices to peak in either April or May, but that trend may be challenged this year as difficult harvest conditions persist in many regions. 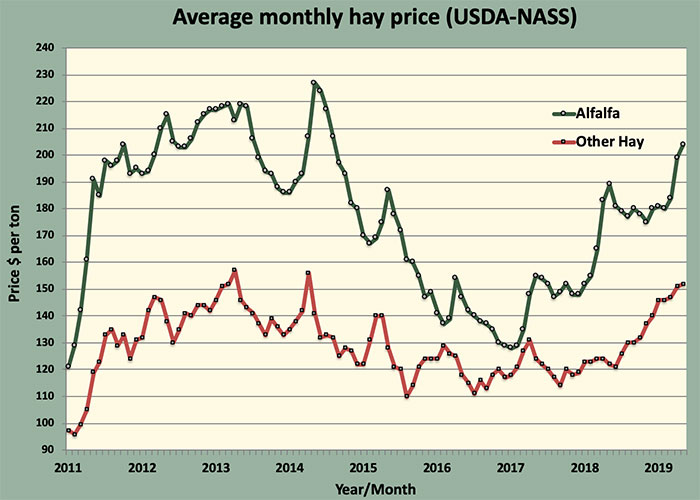 Alfalfa price declines of note were found in Kansas (down $20 per ton) and Nevada (down $15). California and Oklahoma both dropped by $10 per ton.

For May, the average price of Premium and Supreme alfalfa hay climbed $3 from April to $222 per ton. California, Minnesota, and Texas experienced price declines. 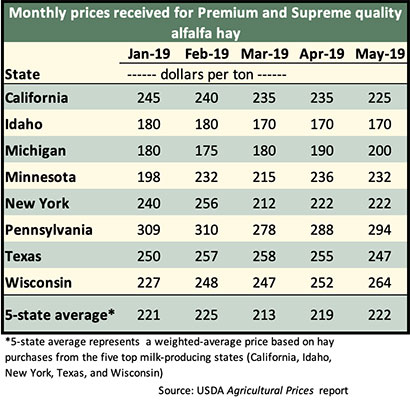 The May price of other hay (mostly grass hay) rose by $1 to $152 per ton. This value is $30 per ton higher than the previous year and marks the 11th consecutive month without a price decline. 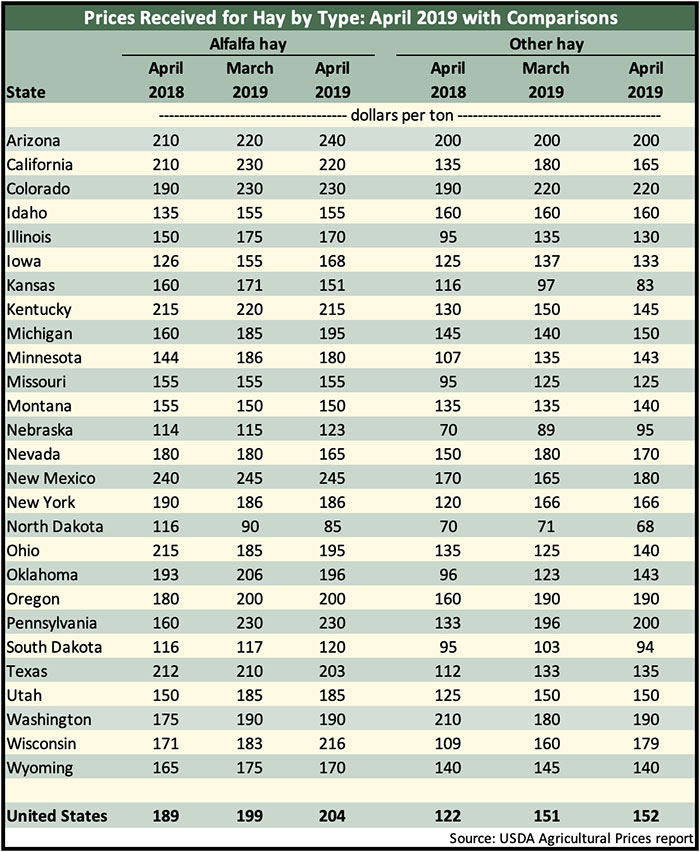