Hay prices down slightly from a year ago

The average U.S. price for both alfalfa and hay other than alfalfa ended the year $4 per ton below December 2018.

The latest USDA Agricultural Prices report pegged alfalfa at $175 per ton, which was $2 per ton higher than the previous month. 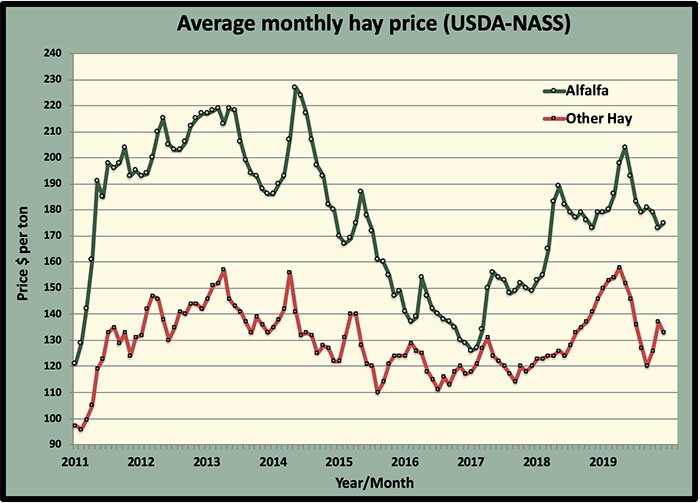 Significant alfalfa hay price gainers in December were led by Wisconsin, up $16 per ton, and Ohio, up $15 per ton. Other notable gainers included Kansas (up $11) and Oklahoma (up $10).

Price decliners were led by New York (down $9 per ton) and Minnesota (down $8). 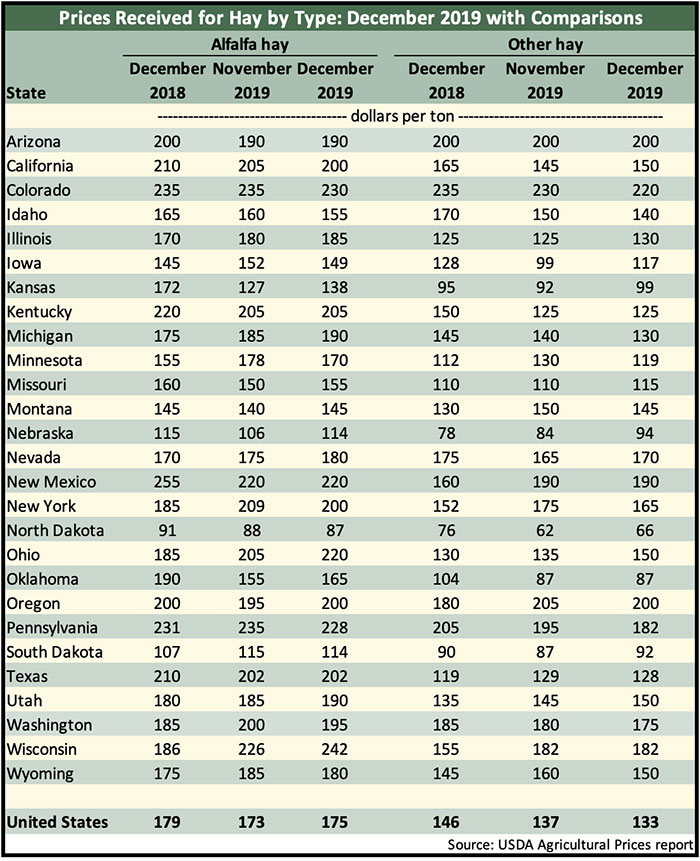 All considered, a great year for hay exports Next