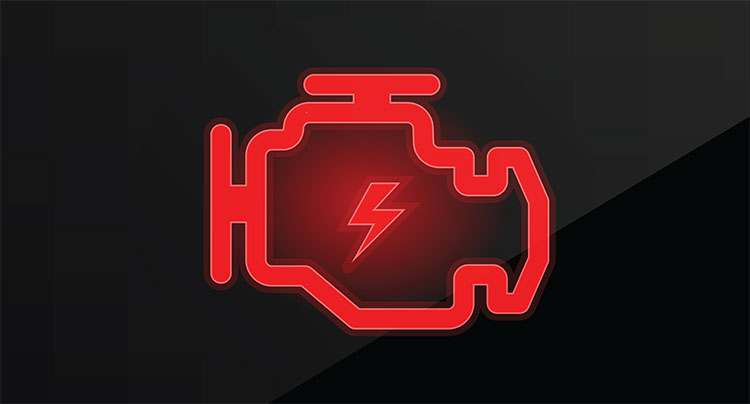 Your favorite tractor’s engine control module (ECM) continuously monitors signals from many sensors to keep the tractor running smoothly. The ECM may receive a single fault code from a sensor; however, it is programmed not to alert the operator unless numerous sensor fault codes are detected over a short time period. This is a statistical approach, recognizing that a single signal could be an outlier and not necessarily indicative of problems.

Whenever several fault codes are sensed in a short time, the ECM recognizes that an issue should be addressed, and the check engine light comes on to alert the operator. Forage sampling should be thought of in the same way.

Think of a single sample analysis as one “signal.” And research from the past 10 years has shown us that a single sample should not be assumed to represent the feed’s actual value. Rather, sample result trends in a meaningful time period (real time) should drive decisions.

The term “variation” is used regularly in evaluation, but the statistical definition isn’t often understood. Admittedly, I had even lost grasp on how variance is calculated and defined, despite being trained in statistics through graduate school. Variance is a statistical measure that captures the likely distance a sample result will be from the real value (the average). It captures the spread of data around the population average and is often represented by a bell curve.

The population average, as defined here, is a lot of hay or silage fed within a few days or a week. The sampling variance, in real time, is more than many people might recognize, and this interferes with forage quality interpretation for individual samples.

Corn silage, for example, is commonly thought of as a more consistent feed than hay or haylage. This is often true over a year, with many sample results in hand over that period. But in my experience, for a single sample taken in real time, corn silage is actually less consistent than hay or haylage due to greater sampling variance.

This inconsistent reality, recognized via separate subsamples of the same sample, is due to corn silage being an inherently heterogeneous feed with starch in the grain and fiber in the stover. Here, consistency has nothing to do with the field conditions or harvest timing.

Forage quality results are what drive feed pricing or ration changes, but keep in mind that a single sample’s result represents just one estimate of your forage quality the day it’s sampled. Think of this like going to the rifle range with your buddies, shooting only once, and having your buddies judge you on that single shot’s outcome. In this analogy, we quickly recognize that the single shot doesn’t necessarily represent our marksmanship skills. In taking one sample, we’re taking just one shot at measuring forage quality. In this case, the meaningful quality changes due to crop, field, or hybrid, for example, are inextricably lumped together with sampling variance.

Bill Weiss and Normand St-Pierre at The Ohio State University studied feed sampling and nutritional variances in detail beginning around 2011. The researchers recognized that sampling errors are substantial relative to real forage quality changes — so much so that the dairy scientists commented that single samples are not likely reliable due to sampling variance. However, sampling errors can be overcome by taking duplicates or by sampling more frequently.

Stated differently, while one sample often doesn’t represent the forage’s true value, the average of two or three in a meaningful time period will always more realistically represent a feed’s actual value.

The industry has not fully grasped or put these recommendations into practice. All too often, a single sample result continues to be interpreted as the decided truth. When forage quality results deviate from expectations, or differ between broker and client, the debate and questions come flying. Sampling deviations for crude protein, starch, or fiber content can easily be one or two percentage units, even in a controlled laboratory setting. If one or two units for protein and fiber (equivalent to five to 10 units of relative forage quality) are meaningful to your business, then consider altering your sampling program.

In light of sampling variance, several farms I’ve worked with have stepped

up their sampling frequency and protocols to uncover meaningful changes in forage quality that had previously gone unrecognized. Changes happen even within a given week.

During this experience, we have retaught ourselves basic statistics, to recognize that two and three sample averages provide better information. Then, with more powerful information in hand, this drives better decisions. For example, rather than buffering the diet to handle changes (for example, extra protein or energy to account for forage changes), one can more confidently balance the diet for essential nutrients and benefit the farm’s bottom line.

In full transparency, a majority of my time is spent working for a feed analysis laboratory. However, the collective aim here is to help your business make better decisions, with more power, and geared toward economic prosperity. Recognizing and accounting for sampling variance, through improved sampling programs, will empower you and your nutritionist to make more precise and accurate decisions. There may be substantial margin opportunities per hundredweight for your business on the horizon.

Avoid these two harvest pitfalls with cereals Next

A tough year to harvest and price corn silage Previous