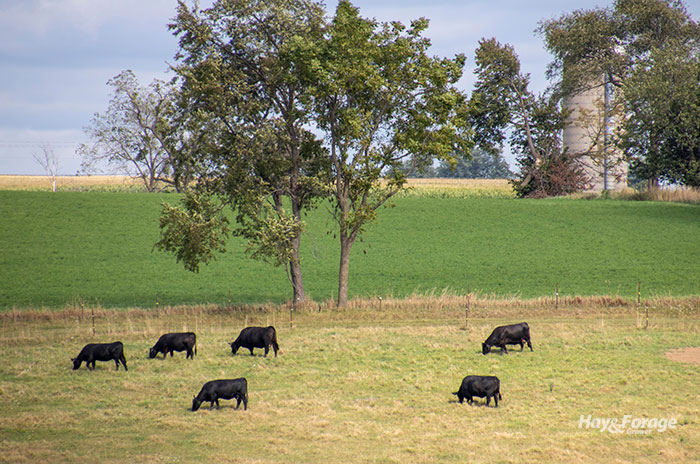 During high school, I got a job on a local dairy farm in northeast Ohio. In addition to all of the normal activities that come with working on a dairy farm, my employer also had a sugar bush.

Each spring, we would tap maple trees, collect sap, and evaporate it down into maple syrup. In an average year, we would collect about 16,000 gallons of sap, which made about 400 gallons of the sweet stuff. Some years were better, some were worse.

The sap was gathered using a team of two horses. This was their only job of the year. Once the large barrel on the sled was filled with collected sap, we would head to the sugar house, unload the sap, and then head back out into the woods for more. It was grueling work for both the sap gatherer and the horses.

By the end of the day, the horses dragged from one stop in the woods to the next. I actually felt sorry for them as they slowly plodded one hoof in front of the other.

When the day’s work was done, and it was time to milk cows, I would head the horses back toward the barn, which was uphill from the sugar bush. Once the team exited the woods into open air space, those same exhausted horses that only a few minutes earlier could barely walk, would break into a Kentucky Derby-like sprint toward the barn with yours truly holding on for dear life. At that point, my horse sympathy meter dropped back to zero.

So, what does any of this have to do with forages?

Just as those horses had somewhat of a cyclic energy and production curve over the course of a day — fresh, functional, tired, nearly dead, Kentucky Derby — so do most of our cool-season forages over the length of a growing season.

We’ve all seen the classic growth curve of cool-season grasses and legumes: flush, fresh, and fast growing in the spring; functional but slowing in early summer; slow to nearly dormant in mid-summer; and refreshed with renewed growth in late summer through fall until cool temperatures slow things down. Of course, the downward summer dip can be helped with irrigation, unusually cool summer temperatures, or frequent rain, but the latter two factors can rarely be counted on.

It’s often the so-called “summer slump” that causes much of our forage production consternation each year. This is true for mechanical harvesting and grazing operations.

I came to the realization about 10 years ago that, unlike row crops, multi-cut or grazed forage crops experience several growing seasons within a year.

Each growing period between cutting or grazing is essentially its own growing season. As such, only a week or two without rain in a 28- to 35-day growing cycle can be devastating for forage growth and yield. There simply isn’t time to recover as might be the case for a corn crop. Unfortunately, this sort of thing happens nearly every year.

For the nonirrigated alfalfa grower, this summer slump in production is a big reason why we don’t see higher yields. Late July and August cuttings often struggle to break 1 ton per acre of dry matter yield in many of our humid regions.

Graziers have an out

For those livestock producers who depend on pasture as the sole source of nutrition, the summer growth slump can be a real challenge and, if not managed properly, can kill forage production both in the short- and long-term. It’s during this time that pastures tend to get severely overutilized unless some preplanning is accomplished.

Remember, not all forages are of the cool-season ilk. Warm-season or summer annuals are excellent for helping to bridge the summer slump effectively. If you don’t believe me, talk to the growing number of dairy and beef producers who are using sorghum species, crabgrass, millets, and warm-season perennials to help preserve the productivity of their foundational cool-season pastures.

Now, while there’s still plenty of cool-season grass growth, is the time to be thinking about getting warm-season summer annual seeds in the ground. There is a cost to seeding, but this is more than made up in the forage production gained from the crop and that additional yield realized from your cool-season pastures, both in the short and long term by not overgrazing in the heat of summer.

We can’t change the cyclic nature of forages or working horses; however, in the case of the former, we do have good options to help bridge the gaps. In regards to the latter . . . well . . . I guess that’s why we have tractors.

A world of hay lovers and haters Next

Horses are getting fat — hay growers can help Previous