By Mike Rankin
This year has turned out to be an odd and challenging one in many respects. Apparently, an abnormal hay market trend is joining the plethora of oddities.
Alfalfa hay prices almost always peak in April or May, then they begin a slow but steady drop starting in June and ending in the late fall. That didn’t happen this year, according to the latest USDA Agricultural Prices report. The average alfalfa price held steady in June at $179 per ton. Yes, that’s $18 per ton below last year, but the spread could have been much worse. 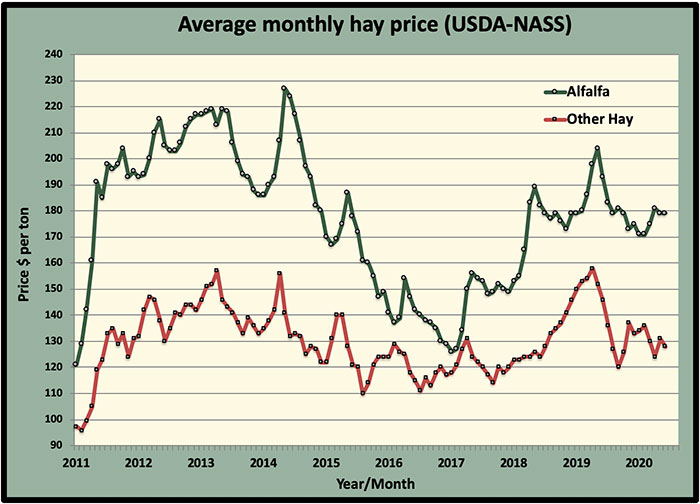 Only two states posted double-digit price gains, and those were Washington, up $32 per ton, and Idaho, up $10 from the previous month.
Price decliners were led by New York (down $35 per ton), Pennsylvania (down $23), and Iowa and Texas, both down $10.
The highest average alfalfa hay prices were reported in Pennsylvania ($228 per ton), Colorado ($225), and New Mexico ($220).
The lowest prices were posted in North Dakota ($94 per ton), South Dakota ($97), and Nebraska ($105).
Keep in mind that the USDA average prices account for all qualities of hay sold. Also, the final U.S. estimate is a volume-weighted average rather than a simple average of state values. Those states with the most volume sales will impact the final U.S. dollar value more than those states with fewer sales.
Supreme and Premium
The USDA also tracks the prices of Supreme and Premium quality alfalfa in the major dairy states and determines an average price from the five leading milk-producing states. This data is being used to determine feed prices in the Dairy Margin Coverage (DMC) program.
For June, the average price of Supreme and Premium alfalfa hay dropped by $10 per ton to $201. A year ago, the average price of Supreme and Premium alfalfa hay was $217 per ton. 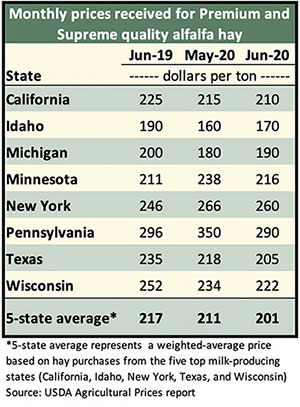 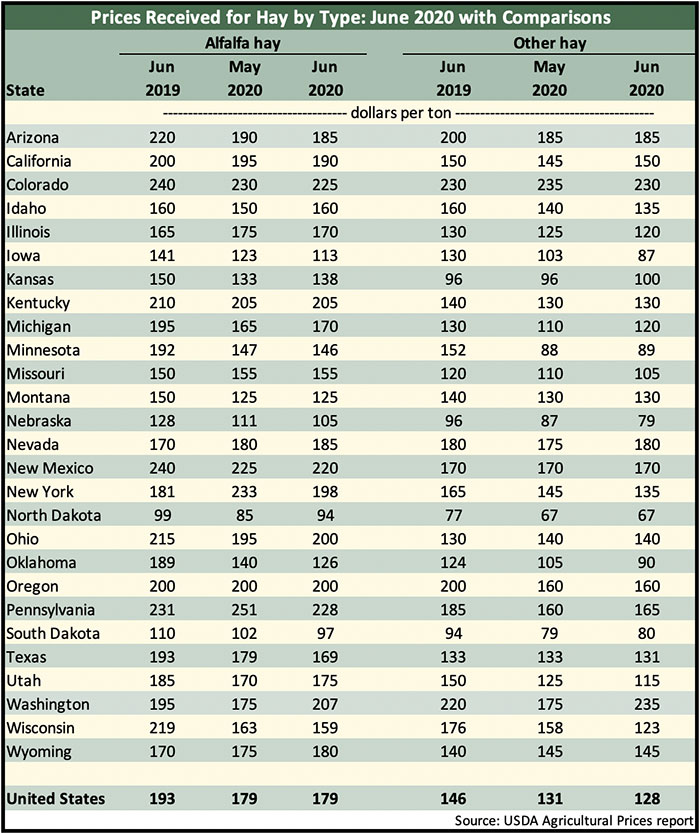