An enjoyable 40 years of grass breeding 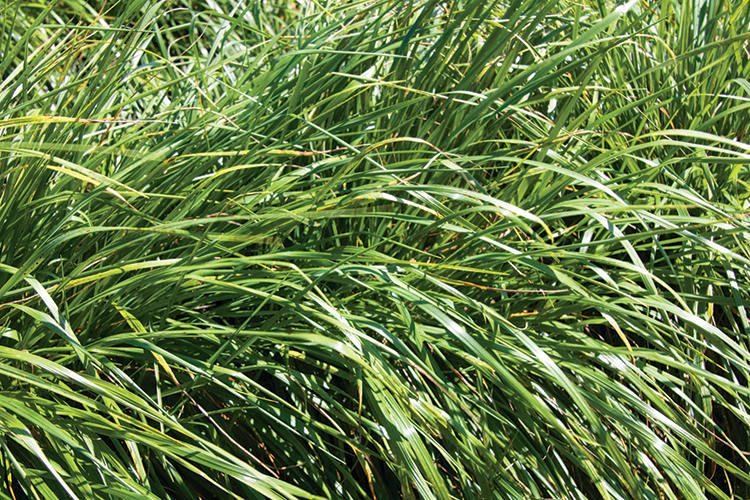 Forty years is a long time to be doing one thing, but it would seem a lot longer if that thing was not truly relevant. My 40 years of grass breeding have flown by thanks to a few key members of the grazing community.
While I am the author and subject of this story, the story is not about me but rather a tribute to how outreach or extension is a two-way street. Just as important as the flow of information and knowledge from researcher to producer is the reverse flow of questions, enthusiasm, and feedback to create the foundation for relevant research.

I came to Wisconsin in 1980 and, like any other 25-year-old researcher fresh out of college, had to learn the publish or perish rule. I caught on fast and was pretty good at it — I got a kick out of seeing my name in print in some high-profile journals. But it still nagged at me that the only people who cared about my work were other people like me. It was sort of like preaching to the choir.

Took it to the farm
Things began to change when Carl Fredericks called and asked me if I wanted to come to a meeting of graziers to talk about some of their needs. Of course, I didn’t know then what a grazier was, which led to my response, “Why me?”

Thankfully, I went to that first meeting with an open mind and allowed myself to be caught up in the spirit and enthusiasm of this grazing community. What better place for a grass breeder to find a calling than to be welcomed into the fold of a community of grass-based livestock producers?

Graziers Mike and Char Cannell, Vince and Barb Garvoille, Dan Patenaude, and Doug Spany all welcomed our research team onto their farms. This was a true research partnership in which the graziers provided the land, livestock, and the critical expertise in grazing management. The University of Wisconsin Center for Integrated Ag Systems (UW CIAS) provided the funding.

We shared grass varieties and expertise in data collection, evaluating almost 100 grass varieties for their response and tolerance to grazing. The results were published in numerous producer-oriented magazines and newspapers. One of the most important findings was to discover that meadow fescue was one of the surprising “winners” of the variety tests. This led to an intensive marketing and distribution program by Barenbrug USA to provide meadow fescue seed for graziers in the northern U.S.

Before he retired, Peter Pitts was a beef producer near Spring Green, Wis. When he learned that I was interested in something called festulolium (a cross between meadow fescue and perennial ryegrass), he asked me to come out to his farm and look at one of his “abused” pastures. It was an old pasture that had been intensively grazed for many years, and very few festulolium plants were still alive.

We dug up those plants and worked with Crystal Fricker of Pure Seed Testing in Oregon to develop the new variety Spring Green. This has been a very successful variety, planted on hundreds of thousands of acres of pastureland. There is no question in my mind that the success of Spring Green festulolium is due to Pitt’s original idea and initiative, combined with his participation in the documentation of the performance of Spring Green, and with his participation in the marketing and distribution of seed.

Either my wife or Charles
Charles Opitz is probably the most knowledgeable person I’ve ever known when it comes to grass biology and management. He learned about my involvement with the grazing community early on. He also learned very quickly that I like to come into the office about 6 a.m. I have always joked with friends and colleagues that when the phone rings at 6 a.m., it’s either my wife with trouble or Charles Opitz wanting to talk about grass.

Over the years, Optiz and I had countless phone conversations, mostly talking about grass biology, genetics, and management, but often evolving into politics and other subjects, too. These conversations led to numerous visits to his farm, Hidden Valley Farms, near Mineral Point, Wis. None of these visits were as important as when he asked me to come to the farm and identify a grass that had him stumped.

I’ve told this story many times over the years, so to make a very long story short, he had discovered meadow fescue on his farm and his cattle loved it! While my team and I worked at identifying the grass, he simply baled it up and fed hay to his cattle during winter, allowing the cattle to spread fescue seed through their manure. My next trip to the farm showed me the result — meadow fescue on over 1,000 acres of pastureland. I was astounded, but I shouldn’t have been. This was simply Optiz being Opitz, the grass expert.

With Opitz’s help, and more funding from the UW CIAS, we identified hundreds of pastures containing meadow fescue, some with near-perfect stands. These were located in the Driftless Region of Wisconsin, Minnesota, Iowa, and Illinois. Interviews with families who have had a long history in this area indicated that these meadow fescue populations were not planted with seed from modern varieties. We concluded from these interviews that meadow fescue was brought into this region during the 1800s and early 1900s, either from immigrants or from cattle that were brought up from Southern states for summer grazing, or both.

A new variety
Our collaboration with Opitz led to the development and release of the variety Hidden Valley, for which seed sales began during the winter of 2018 to 2019. Geoff Brink, who is retired from the USDA, was a great collaborator who documented the agronomic value of Hidden Valley. Seed production of Hidden Valley was a long and difficult process for many reasons.

In the end, Larry Smith, a grazier and veterinarian near Viroqua, Wis., came to the rescue and offered to produce enough seed for us to make Hidden Valley available. He brokered a deal between Byron Seed Company and Grassworks Inc., a Wisconsin producer-led grazing organization, so that the latter receives a small royalty on seed sales. A partnership with Barenbrug USA led to the development of a second variety from this region, Driftless, which will be available in 2021 or 2022.

I am truly thankful for my interactions with all of these colleagues, as well as others not listed here. I am thankful that each of these individuals reached out to me with patience and encouragement for me to become a willing and able participant in this mutually beneficial relationship between researchers and forage producers.
I have had a much more interesting and enjoyable career as a result of these relationships. Forty years ago, I could never have predicted or expected that I would come to feel myself as a member of such a community, and that this community would be so important in developing a new species and new varieties for pasture improvement.

This article appeared in the February 2021 issue of Hay & Forage Grower on page 26.