Hay prices typically don’t trend higher in the middle of summer, but that’s exactly what is happening in 2021. The average price of U.S. alfalfa hay in July rose another $2 per ton, according to USDA’s Agricultural Prices report. It was the eighth consecutive month that the alfalfa price posted a month-over-month gain.

The average price for Supreme and Premium alfalfa hay increased by $2 per ton to $232, a robust $40 per ton higher than one year ago.

The alfalfa hay price averaged $201 per ton during July, which was $29 per ton above one year ago. The last time the average alfalfa price was above $200 per ton in July was 2014, but even then, it was in retreat mode. The July average price exceeded any month in 2020 and is the highest price recorded since May 2019 when alfalfa hit $204 per ton. It’s likely we will exceed that benchmark before the end of the year. 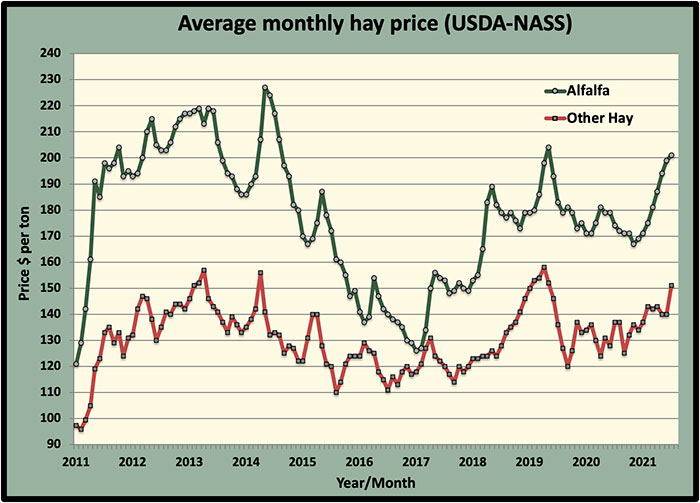 Five states registered double-digit, month-over-month alfalfa price gains in July. Leading this group was Minnesota, posting a $31 per ton improvement. It was followed by Idaho, Montana, and Utah, which were all up by $10 per ton.

Three states had double-digit price declines. These were Pennsylvania (down $28 per ton), Wisconsin (down $11), and New York (down $10).

The highest average alfalfa hay price was reported from New Mexico ($240). Colorado, Oregon, and Pennsylvania all checked in at $225 per ton while Kentucky and Utah settled at $220. 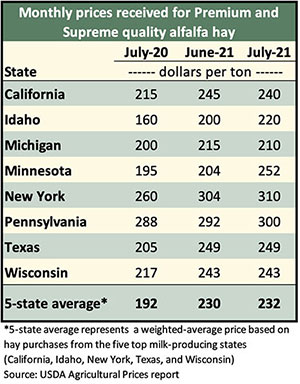 Nebraska had the lowest reported other hay average price at $106 per ton. It was followed by Wisconsin ($108) and Missouri ($110). 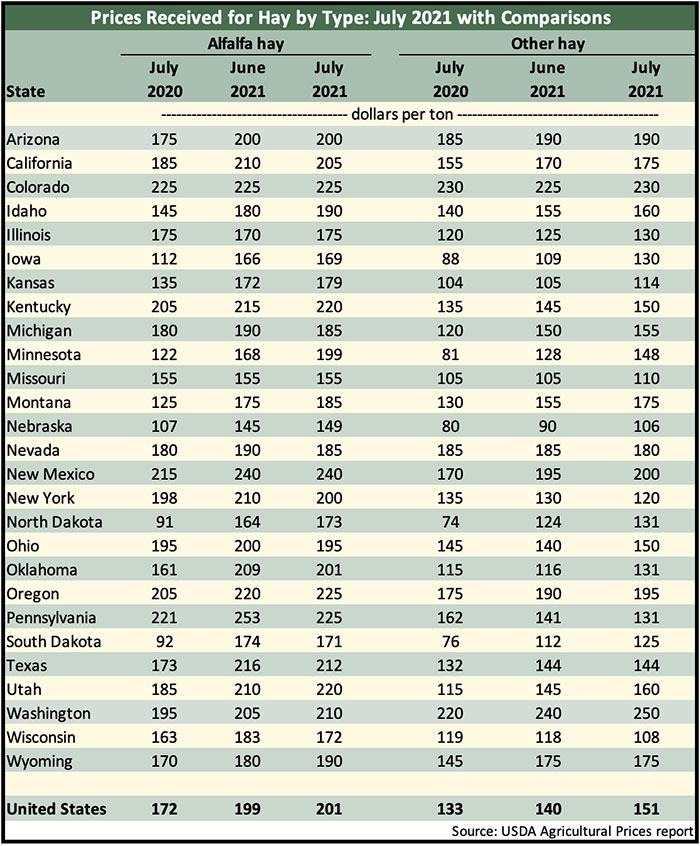