Get to know ryegrasses by name 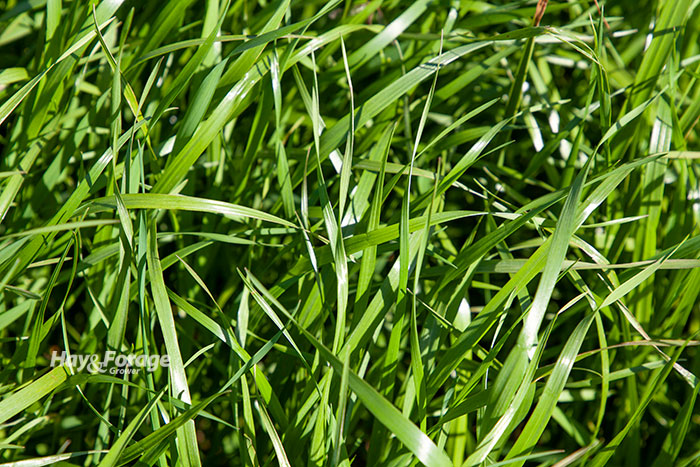 Nicknames are commonplace in the human world: James is Jim, Robert is Bob, and Deborah is Deb. However, shortening the names of agronomic crops sometimes causes more confusion than clarity. For example, ryegrass is not rye.

Ryegrass is solely a forage crop, whereas rye is a small cereal grain that can also be harvested as a forage. Perennial ryegrass and annual ryegrass are two different species, and their names are not interchangeable either. In a recent issue of the Midwest Forage Association’s Forage Focus publication, Dennis Hancock with the U.S. Dairy Forage Research Center explains the difference.

Perennial ryegrass: This species accounts for approximately 300,000 acres of the nation’s forage production. Perennial ryegrass favors cool, mild climates, and is typically found along the Pacific Coast in states like Washington and Oregon.

“It is sort of the ‘Goldilocks’ grass, as it prefers places where it doesn’t get too hot or too cold because it likes it just right,” Hancock says. “Perennial ryegrass can survive in the northern U.S. and Canada, but it is susceptible to winterkill in areas where there isn’t good snow cover throughout the winter.”

Annual ryegrass: Annual ryegrass is often called Italian ryegrass because it originated in southern Europe. The first reports of this crop come from northern Italy, and the name stuck when it was introduced to colonial America. Italian ryegrass acts like a short-lived perennial and requires a vernalization period to initiate seed production.

“These characteristics have generally caused Italian-types to be more commonly used in Northern states where they can be planted in spring and taken as hay or silage crop all summer with less worry about declining quality,” Hancock states.

Because it is more perennial by nature, Italian ryegrass sometimes resembles a weed. Hancock says the species is allelopathic, meaning it produces a chemical that impedes on the growth of other crops. This can cause significant issues in wheat and hayfields.

“Italian and Westerwold ryegrasses are the same species and can readily cross but have considerable differences,” Hancock notes.

Over time, Westerwold-type ryegrasses have been selected for rapid fall, winter, and spring production in Southern states, making up a large percentage of the 2 million acres of forage crops planted in this region every year. They grow faster than Italian-type ryegrasses and do not need cold weather to become reproductive.

Tetraploid varieties: Although annual ryegrass is a diploid species, scientists in the 1930s identified mutant plants with four sets of chromosomes. Hancock says researchers in the Netherlands expanded upon this discovery, and their work led German plant breeders to develop tetraploid varieties, mostly from Westerwold-type ryegrasses. Tetraploid plants are bigger than diploid plants with wider leaves and stems. Moreover, their seeds are 50% to 100% bigger than diploid seeds, yet seeding rates generally remain the same.