An easy mistake to make 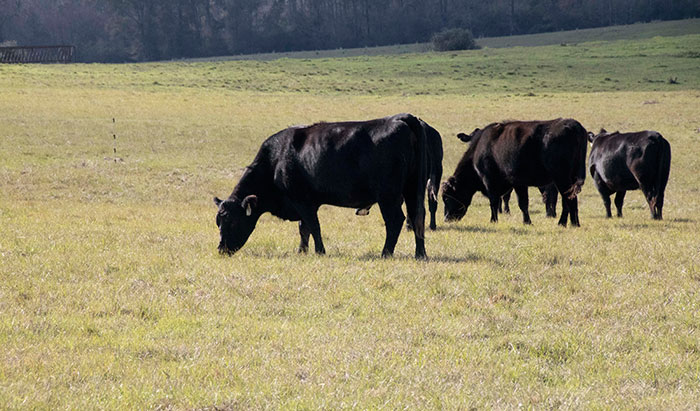 It matters not where animals are grazed or, in most cases, what they’re grazing — if left on the same slab of ground for too long, severe consequences will ensue. To be sure, overgrazing is the most common mistake made on pasture-based livestock farms.

“Pastures can appear to have more residue or stubble than they actually have when viewed from your vehicle’s windshield,” says Jessica Williamson, Penn State’s extension forage specialist. “You really have to get out of the truck to make an accurate evaluation of plant height.”

Williamson points out that getting fast regrowth in the spring is relatively easy, even when pastures are grazed short; however, that all changes as the season progresses and air temperatures rise while at the same time soil moisture often depletes.

“We typically recommend a residue height of 3 to 4 inches for cool-season perennial grasses,” Williamson notes in a recent issue of Penn State Extension’s Crops and Soils newsletter. “During the early growing season, graziers can push toward that 3-inch mark if paddocks are allowed sufficient time to regrow — typically 21 to 28 days,” she adds.

As summer encroaches, forage growth dramatically slows and in some cases stops. This is when overgrazing can really do damage, and often that damage has long-term ramifications in terms of lost productivity.

Williamson points out that what is seen aboveground is also reflected below the soil’s surface.

“If grass is grazed to 1-1/2 inches, there will likely only be 1-1/2 inches of effective root mass below ground,” Williamson says. “This isn’t an adequate root system to sustain growth during times of high heat and water deficiency.”

The forage specialist recommends a residual grazed forage height of 4 to 4-1/2 inches during the summer. This will help sustain growth through the “summer slump” and into the fall.

Once fall and its cooler temperatures arrive, pasture growth will accelerate. Williamson cautions that this isn’t a good reason to overgraze, especially during that last grazing cycle before winter.

She notes that plants are preparing for winter dormancy, and grazing plants too short will hinder this process. Research has shown that fall grazing height is directly correlated to how soon pastures can be grazed in the spring.

A short grazing height in the late fall resulting in a delayed spring green up may be desirable on selected paddocks to stagger spring growth or maximize soil exposure in paddocks targeted for frost seeding.

With the desire to maximize stocking densities and the variable nature of forage growth, overgrazing is an easy but costly mistake to make. Sometimes supplemental feed or reducing livestock numbers on pasture are the best alternatives to keep your pastures productive. As the old saying goes, “Grass grows grass.”

Williamson suggests keeping that grazing stick handy and using it on a frequent basis to ensure pastures aren’t grazed below 3 inches, while rotating livestock to a new paddock with at least 6 to 8 inches of forage regrowth.

If you can’t build a hay barn Next