All-hay and alfalfa September average prices dipped modestly in USDA’s most recent Agricultural Prices report released last week. The all-hay price was $129 per ton, down $2 per ton from the previous month but $13 lower than September 2015.

The month-to-month alfalfa price dropped by $1 to $137 per ton, which is $23 per ton less than one year ago and matches the year-to-date low that was set in February. Prior to February, the last time that the monthly average price was at $137 or below was February 2011. 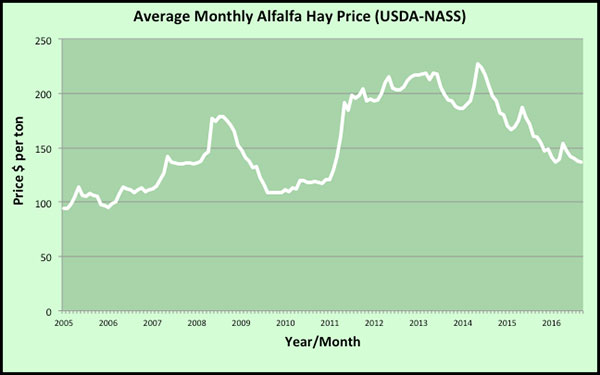 For 2016, the U.S. alfalfa average hay price started the year at $141 per ton, reached a peak of $154 per ton in May, then declined to current levels through summer and fall. 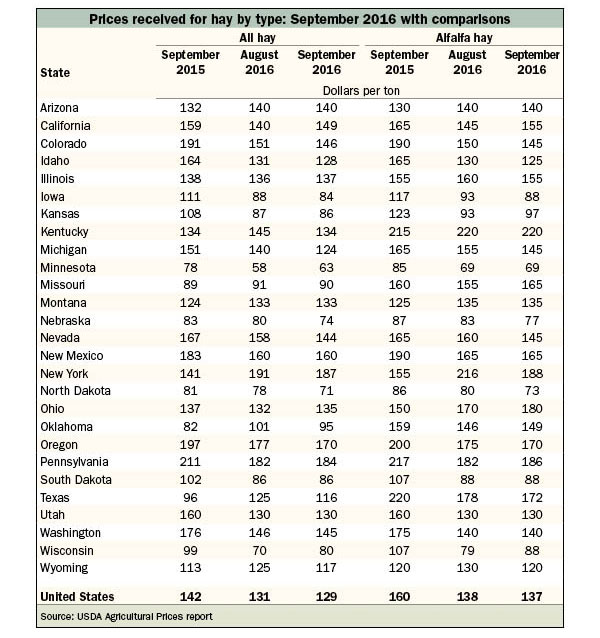