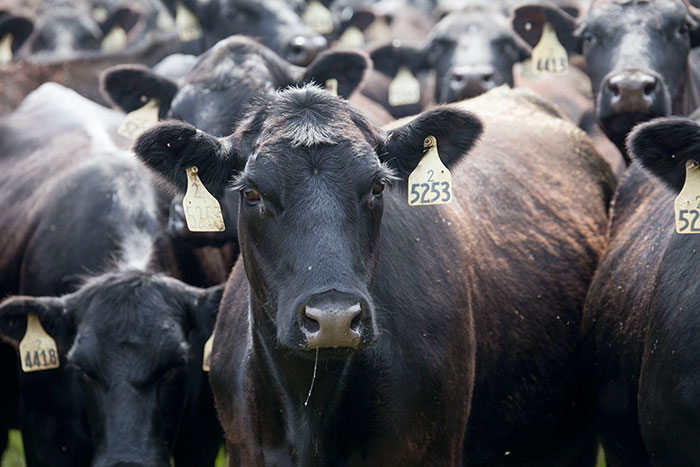 It’s not for everyone and probably needs to be viewed as a grazing system tool that is situation specific. Those seemed to be the take-home messages from a discussion session on mob grazing at last week’s American Forage and Grassland Council Annual Conference held in Roanoke, Va.

Mob grazing, sometimes referred to as high-density grazing, is defined as a grazing system with a stocking density of at least 100,000 pounds of body weight per acre. It typically involves long pasture rest periods and the frequent movement of livestock to new grazing areas. Often, cattle are grazing very mature forage compared to more typical rotational grazing systems.

“There is relatively little published, peer-reviewed research on mob grazing,” noted Dennis Hancock, University of Georgia extension forage specialist. “Further, there are virtually no on-farm studies to verify some of the attributes being touted by producers who have adopted the practice.”

Hancock reviewed the limited scientific literature and shared some of the findings reported to date. Most of the information was derived from studies performed at the University of Nebraska, Michigan State University, and Iowa State University.

Pasture composition changes were noted between the two systems in the Michigan State study where loss of Kentucky bluegrass and other shorter grasses were seen with the mob grazing system. This was compared to a rotational system where animals were moved once per day. Also, the mob-grazed pastures experienced a decline in legume component whereas the rotationally grazed pastures had an improvement in legume composition. Hancock noted that some of these changes could have had more to do with weather conditions than with the actual grazing system.

Not surprisingly, research has documented that much more forage is trampled with mob grazing; this is often by design but includes both mature growth along with green, growing tillers. As a result, the grazing livestock consume a lower percent of available forage with the mob system.

Perhaps some of the most interesting and unexpected research results were those dealing with changes in the soil. Though the results were mixed, the overall tendency was for greater surface soil compaction on the mob-grazed pastures. Surface litter decomposition and root production did not differ among the grazing systems studied in the Nebraska trial.

In Michigan, the mob-grazed pastures had a greater soil temperature than the rotationally grazed pastures. They also had lower soil moisture.

A statistical advantage for soil organic matter improvement occurred with the rotationally grazed system compared to mob grazing. The mob-grazed pastures were no different than the nongrazed control. A similar response occurred for total soil carbon and nitrogen. Hancock explained that 60 to 80 percent of the soil carbon variation is explained by root production, not aboveground plant growth.

In the final analysis, rotational grazing systems have been found to be more profitable and less variable from year to year compared to mob grazing, though more research is needed. Hancock admitted that one of the limitations to the current knowledge is that fixed stocking rates have been used. In actuality, these grazing systems are more dynamic.

“Mob grazing looks to be better than continuous grazing but not necessarily better than a well-managed rotationally grazed system,” Hancock concluded.

Grazing with an ecological focus Next

Bringing back the grouse Previous