Going out for Chinese 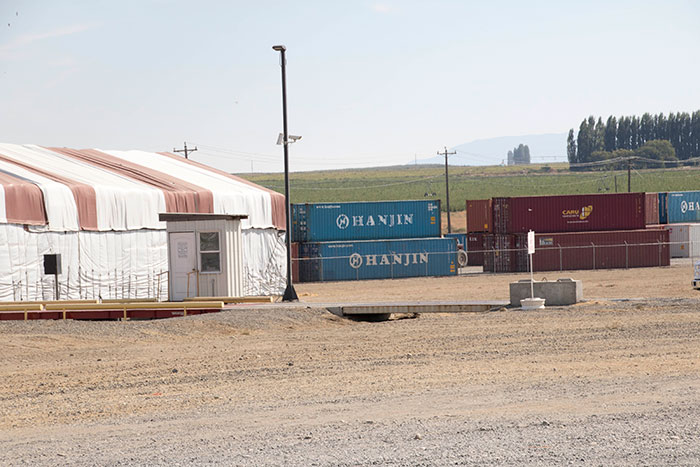 With a growing need for alfalfa, the People's Republic of China aims to significantly ramp up domestic production, according to a recent GAIN Report published by USDA’s Foreign Agricultural Service and titled “U.S. Alfalfa Hay Exports to China Climb.”

Last January, China’s Ministry of Agriculture issued its “National Alfalfa Industry Development Plan (2016-2020)” that sets a goal for the country to produce 5.4 million metric tons (MT) of alfalfa hay by 2020. In 2015, China’s annual production was only about 1 million tons.

Recently, the Chinese have shifted agricultural policies to encourage more plantings of hay and oilseed crops at the expense of grains such as corn. There are four major planting regions that were noted in China’s alfalfa development plan. They are:

1. Northeast China and Inner Mongolia: The focus of this region will be on having hay and grain planted in a rotation, and with hay used for local cattle and sheep feeding.

2. Northwest China: As this is the traditional hay planting area, the focus will be to strengthen commercial hay processing and production.

3. North China: The focus in North China will be to develop areas of commercial alfalfa and oilseed production and reduce the amount of grain production.

4. South China: The focus in South China is to develop alfalfa silage.

2. Enlarge the production base to 988,000 acres for high-quality alfalfa hay.

Currently, the Chinese government is providing $44 million annually to support the growth of the domestic alfalfa industry.

The need for additional alfalfa in China is largely being driven by a growing dairy industry. Though there are 15 million dairy cows in the country, only 1.5 million produce 18,000 pounds of milk or more annually. China’s goal is to grow the number of high-producing dairy cows, which will prompt the need for more high-quality alfalfa hay.

Even with the expected growth in the number of dairy cows and alfalfa acres in China, the projected need of 8 million MT of high-quality alfalfa hay by 2020 should still leave plenty of room for U.S. product. This is especially true in the short term. If dairy growth outpaces alfalfa production in China, the need for high-quality U.S. alfalfa may actually rise.

Is morning or afternoon cutting best? Next

The pain is the ash Previous