It was an across-the-board $3-per-ton decline for the all-hay, alfalfa hay, and other hay June average hay prices, according to USDA’s most recent Agricultural Prices report released last week. This was the first month-to-month drop since last January.

It is not atypical to see a price decline in June from the previous month. In fact, during the past 10 years, there has never been a June alfalfa price increase relative to May and only once was it the same. 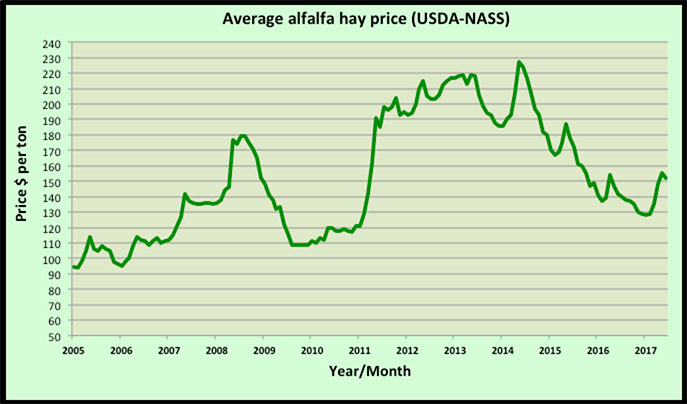 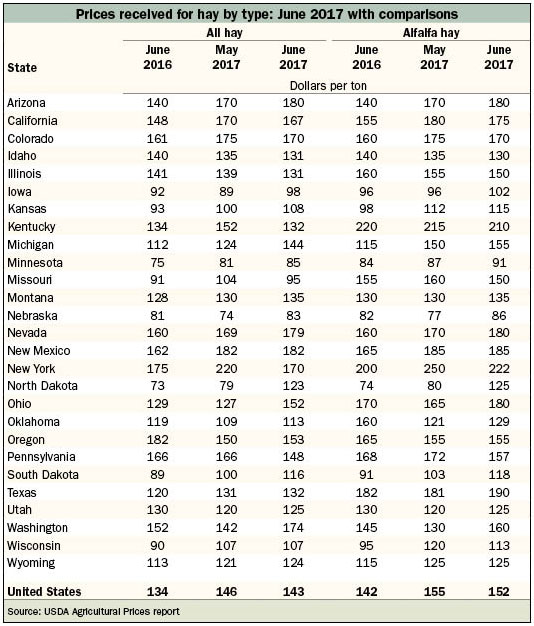