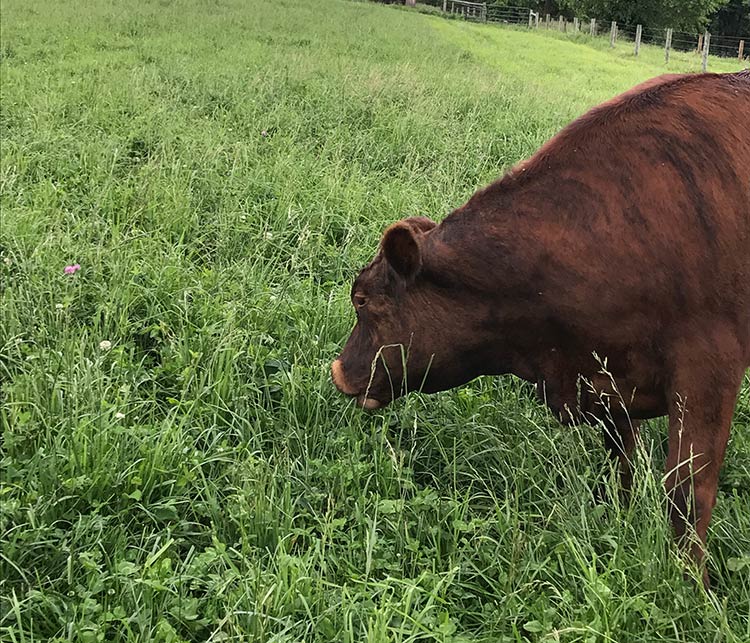 Consider using the cold mornings in February as an opportunity to frost-seed your pastures with clover for more productive forages this upcoming spring! Besides fixing 40-120 pounds of N/A/Year, these legumes increase animal performance while improving the palatability of forages. This leads to an increased amount and quality of forage consumed. In beef cattle, pastures with clover produce significantly more pounds of beef per acre than those without, and the same translates to milk yields in grazing dairy herds.

What type of clover fits your operation best? There are multiple varieties of red or white clover to choose from for perennial pastures. Red clover is one of the fastest establishing legumes, tolerates more acidic soil, and can be similar to alfalfa in quality and yield when on the same harvest schedule. Red clover may be less winter hardy than other clovers and is generally best for grazing or silage, but improved varieties such as Freedom!MR red clover can also be used for dry hay and has better winter hardiness.

White clovers can be subdivided into three categories: short, intermediate, and large or ladino. Short white clover is less productive and not commonly seeded into pastures. Intermediate white clover spreads prolifically by stolons while being tolerant to traffic and grazing. It is a high-quality forage that will not lignify in hot weather like alfalfa, red clover, or grasses. It also tends to be more persistent than red clover. However, it is a shorter clover that may be lower yielding than red or ladino clovers. Use varieties such as Alsike for cool, moist, acidic soils, or Alice for vigorous spring and summer growth.