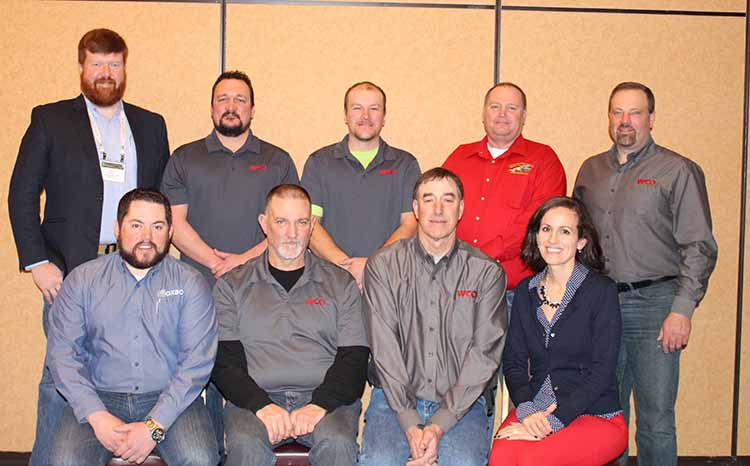 In addition to Smith Custom Farming, Smith also farms 2,000 acres of grain in the Darlington area. Smith is a member of Midwest Forage Association, Lafayette County Farm Bureau, National Federation of Independent Business and he supports local FFA and 4-H activities. Smith Custom Farming has a strong presence on social media with more than 2,000 people following their Facebook page. Smith and his wife, Jamie, have two sons: James (12) and Frankie (4).

O’Leary has been active in WCO since the early days of the organization and was first elected to the board in 2015. With a passion for safety and policy, O’Leary was among WCO’s first group of Safety Certified operators. He has also chaired the Safety and Regulations Committee since 2016. In addition to his work with WCO, O’Leary has served on his town board and was a town supervisor for six years. He also served nine years on the Rock County FSA board including seven years as chair. O’Leary holds a degree in agriculture education from the University of Wisconsin – Madison.

Liska owns and operates Apollo Vale Enterprises and custom raises poultry for Gold’n Plump Farms. He was very active in FFA and is a 10-year member of Wisconsin Farm Bureau where he has served as young farmer chairman, membership chairman, voting delegate, and is a proud a graduate of the Farm Bureau Leadership Institute. Liska was elected to the WCO board in 2017.

WCO is an organization comprised of individuals throughout the state who derive their income in whole or part from providing custom farming services. To learn more about the Wisconsin Custom Operators, Inc. including membership and event registration, go to www.wiscustomoperators.org or info@wiscustomoperators.org.