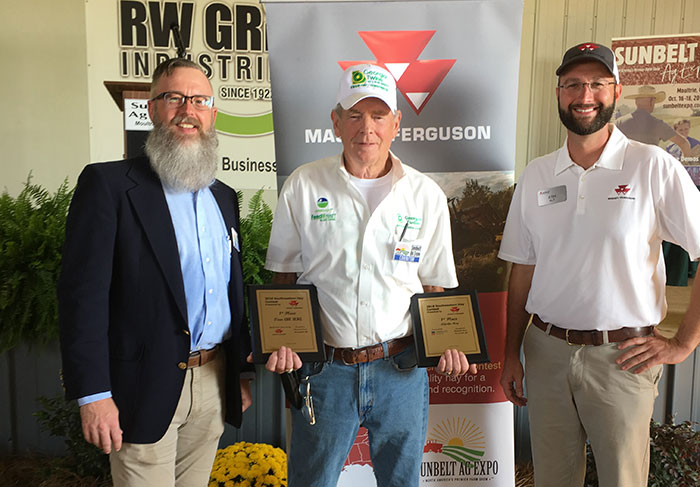 An alfalfa hay sample submitted by Ronnie Green of Flatwood Farms, Murrayville, Ga., had the highest relative forage quality (RFQ) in this year’s Southeastern Hay Contest presented by Massey Ferguson. A total of 286 samples were entered, and the winners were announced earlier this morning at the Sunbelt Ag Expo in Moultrie, Ga.

In total, awards were doled out in seven different categories of hay types (see table below). In each of the categories, the three highest RFQ samples captured cash prizes for the entrants.For their highest overall RFQ entry, Flatwood Farms will receive their choice of a new Massey Ferguson DM Series disc mower or RK Series rotary rake for use during the 2019 hay production season plus a $1,000 cash prize.

Wet hay was a problem “Weather is always a major factor when attempting to produce high quality forage,” said Dennis Hancock, extension forage specialist for the University of Georgia and supervisor for the contest. “Similar to last year, wet conditions early and dry conditions late in the growing season proved to be a major limitation for many producers.” Excessive rainfall in the first two-thirds of the season caused many producers to struggle to get hay dry, and 37 entries (13 percent) into this year’s contest had to be disqualified because the hay moisture exceeded 18 percent. “Drought stress late in September also raised the incidence of high-nitrate levels in the forage in 2018, and 8 percent of the samples submitted to the contest were disqualified because nitrates were greater than 5,000 parts per million (ppm).

According to Hancock, weather challenges during the growing season caused the average RFQ to be down slightly from previous years. Still, the winning entries were on par with or greater than record-winning values in the contest’s 14-year history. “Good management can make a remarkable improvement in forage quality during both favorable and unfavorable weather conditions,” Hancock said. For additional information, visit the contest website. Category winners from the 2018 Southeastern Hay Contest 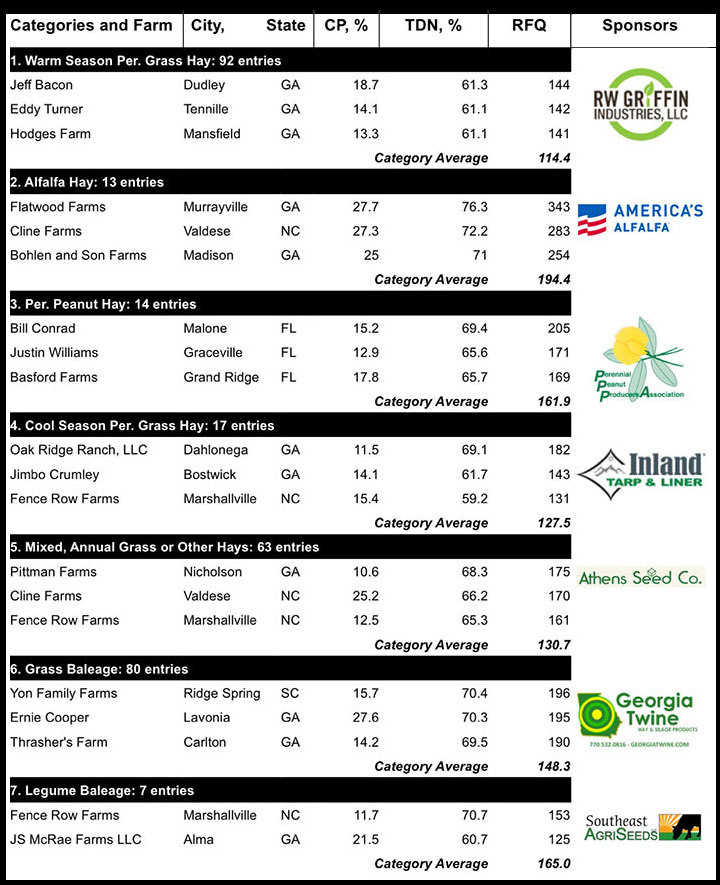 Corn silage vomitoxin is complicated Next