Implemented voluntarily by seed brands, the checkoff is assessed at $1 per bag of alfalfa seed sold with 100 percent of funds supporting public alfalfa research. The first project results are just being completed; detailed reports can be viewed on NAFA’s searchable research database at alfalfa.org.

Alfalfa farmers, particularly those who irrigate, may be able to save on fertilizer while protecting the quality of their crop, according to first-year results of NAFA’s Alfalfa Checkoff research. 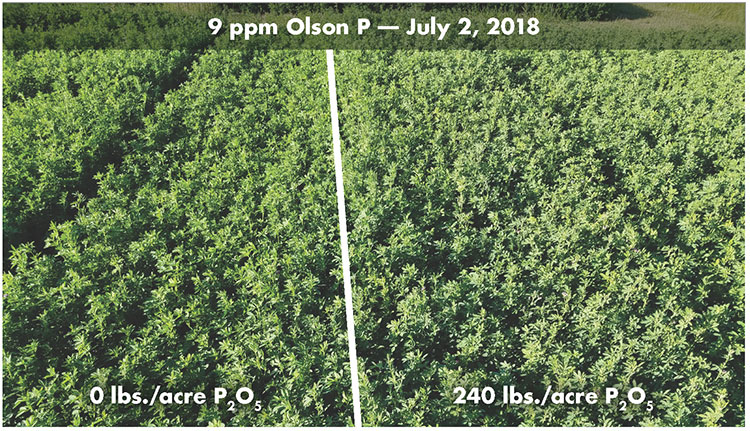 Washington State University (WSU) researchers tested whole-plant alfalfa tissue at bud stage to measure phosphorus (P) and potassium (K) requirements for optimum crop yield and quality. Traditionally, soil tests are used to determine the amount of P and K available to alfalfa, but Forage Specialist Steve Norberg and colleagues think tissue testing might be more accurate than soil tests. Plus, tissue testing at harvest — using hay samples taken for quality analysis, then put through wet chemistry tests for P and K values — would save from soil sampling and show whether farmers need to fertilize between cuttings. 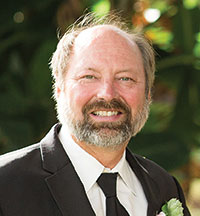 Steve Norberg:
WSU $40,000
“The idea is to let the plant tell us what it needs,” Norberg said. “This first year, we found that we could use less fertilizer than we are currently recommending, at least under irrigated alfalfa. The numbers I am getting with phosphorus are that we had no yield problems, and we were considerably lower (in P concentration) than was being recommended.”

The P experiment produced optimum tissue values for the three cuttings between 0.24 to 0.28 and 0.25 to 0.29 percent when alfalfa hay is priced at $150 and $200 per ton, respectively. The K experiment showed no yield response to added K with whole-plant content at 1.5 percent, and more research is needed to determine the critical level needed to maintain yield. Precision, Norberg stressed, is desperately needed.

Not only are P and K costly, they are finite resources being exported in hay to other countries. “For every ton of alfalfa shipped overseas, about 15 pounds of P and 50 to 60 pounds of K also go,” said fellow researcher Steven Fransen, WSU-Extension forage specialist.

“There have been suggestions that there are between 30 and 50 years of easily minable phosphorus reserves, and the majority can be found in Morocco,” added Joe Harrison, WSU-Extension animal scientist, who contributed to the study. “Within a generation, this is going to be a big deal, and we need to be serious about capturing and recycling phosphorus.”

Plants deficient in P and K lose yield and quality. Both nutrients are subject to luxury consumption by the plant, and too much of either actually reduced forage quality, the research shows. Luxury consumption is also wasteful, Norberg said. “If we have more in the plant than is needed for yield, we’re just giving that away in (exported) hay.”

The researchers also tested struvite, an easily transportable, dry, granular fertilizer made by recycling P that is languishing in dairy lagoons. “The technology itself is also used in wastewater treatment plants,” Harrison said.

Harrison’s mobile struvite unit, funded by USDA, moves between dairies to demonstrate how it pulls P from lagoon water that can be recycled back to the farm. Such a system would help dairies reduce high P levels accumulated on manure-fertilized fields. Plus, it would provide affordable fertilizer to commercial farmers who, Fransen likes to say, have “mined” nutrients from their alfalfa fields.

The Checkoff-funded study compared struvite’s performance with that of monoammonium phosphate (MAP) on commercial alfalfa growers’ fields. “With the first-year data, struvite was as good as the MAP even with low-testing, high-pH soil conditions. Yields were not affected by switching from MAP,” Norberg said.

“Struvite is a slow- to medium-release fertilizer that we think can be advantageous,” Harrison said. “In the next five years, we will see more of this technology in agriculture.” A detailed webinar on Harrison’s project can be found at bit.ly/HFG-struvite.

Tedding’s impact on the production of alfalfa silage Previous