At the Hoard's Dairyman Farm, fourth-cutting alfalfa was put to bed about two weeks ago, ahead of most years. The final cutting grew under some very dry conditions, no doubt limiting yield potential. We're fortunate that alfalfa inventories are in very good shape as much of last year's crop still remains in bags and no new spring seedings were made in 2015. 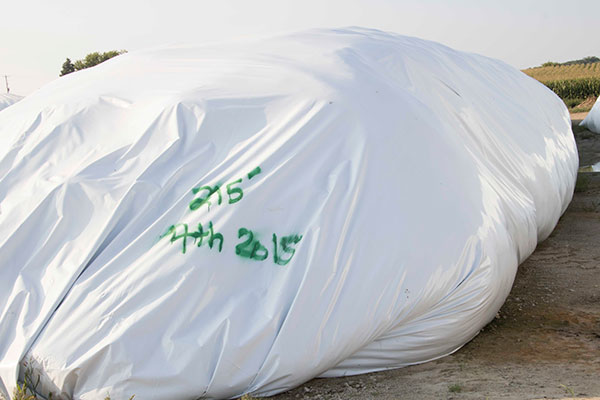 A 38-acre winter wheat field was harvested, covered with manure, lightly tilled and seeded to alfalfa just prior to a 1.4-inch rain in late August. Prior to that event, only 0.86 inches (three separate events) of rain fell for the entire month. Seedlings are just starting to poke through the soil surface, but it's still too early to determine establishment success. 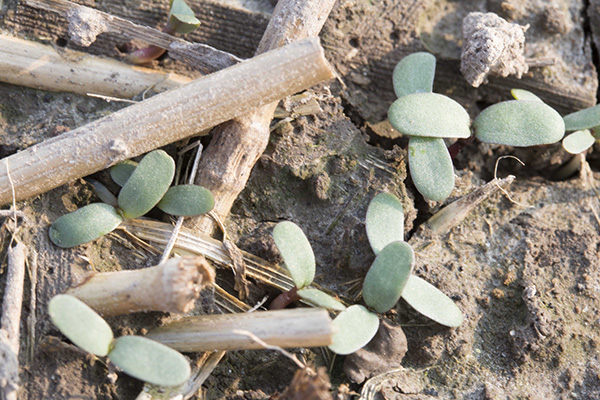 One condition that bears watching is the common issue of volunteer wheat coming into the stand, especially where the straw windrows once laid. If too dense, volunteer wheat can and will out compete alfalfa seedlings, resulting in strips devoid of alfalfa during subsequent years. Fortunately, volunteer wheat is easy enough to kill with herbicides, but it's most effectively accomplished in the fall rather than the next spring. 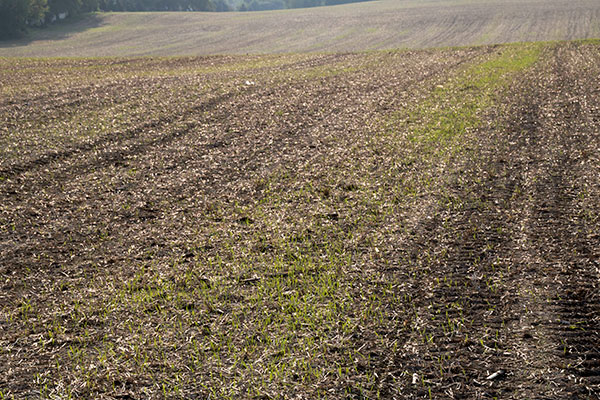 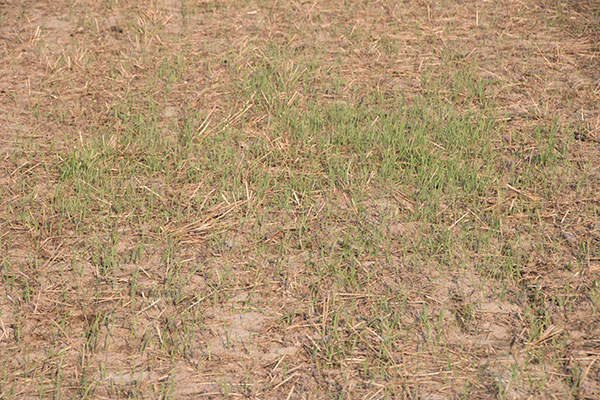 And here's what can happen if dense volunteer wheat is left to its own devices...

The early-planted corn is on the verge of being ready to chop. In fact, given the dry soil conditions, it may actually be ready. A quick look at kernel milkline progression had ears on higher nodes still being about one-third milkline. (photo 1) And, on the lower nodes being right at half milk. (photo 2) 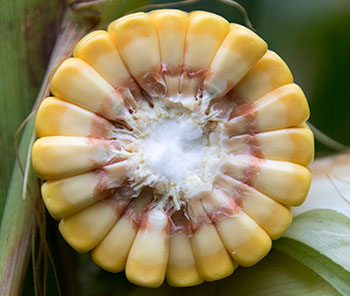 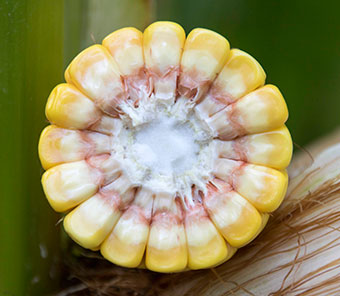 Down on the farm Previous