The average price paid for both alfalfa and other hay types continued to climb during April, according to USDA’s latest Agricultural Prices report. Premium and Supreme alfalfa hay also moved higher in the top U.S. milk-producing states.

The average April alfalfa hay price moved $15 per ton higher to $199 following a $4 per ton price hike in March. The April average alfalfa hay price was $16 per ton more than one year ago and marks the highest average price recorded since August 2014. From the end of December until the end of April, the average price for alfalfa rose $19 per ton. It’s typical for hay prices to peak in either April or May. 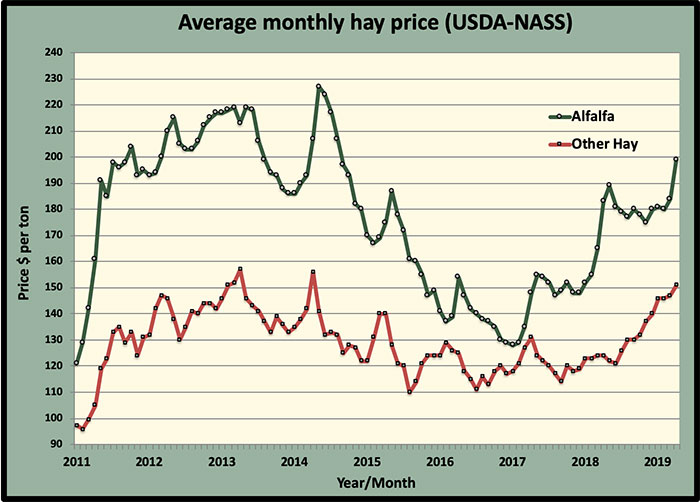 The leading alfalfa hay price gainer in April was New York (up $20 per ton). Arizona, Michigan, Oklahoma, Oregon, and Washington all registered $10 per ton gains.

Keep in mind that the USDA average prices currently account for all qualities of hay sold. Also, the final U.S. estimate is a volume-weighted average rather than a simple average of state values. Those states with the most volume sales will impact the final U.S. dollar value more than those states with fewer sales.

Recently, the USDA was tasked with tracking the prices of Premium and Supreme quality hay in the major dairy states. This data will be used to determine feed prices in the new Dairy Margin Coverage (DMC) program.

For April, the average price of Premium and Supreme alfalfa hay climbed $6 per ton from March to $219. Texas was the only state that had a price decline. The April price of other hay (mostly grass hay) rose by $4 to $151 per ton. This value is $27 higher than the previous year and marks the 11th consecutive month without a price decline. 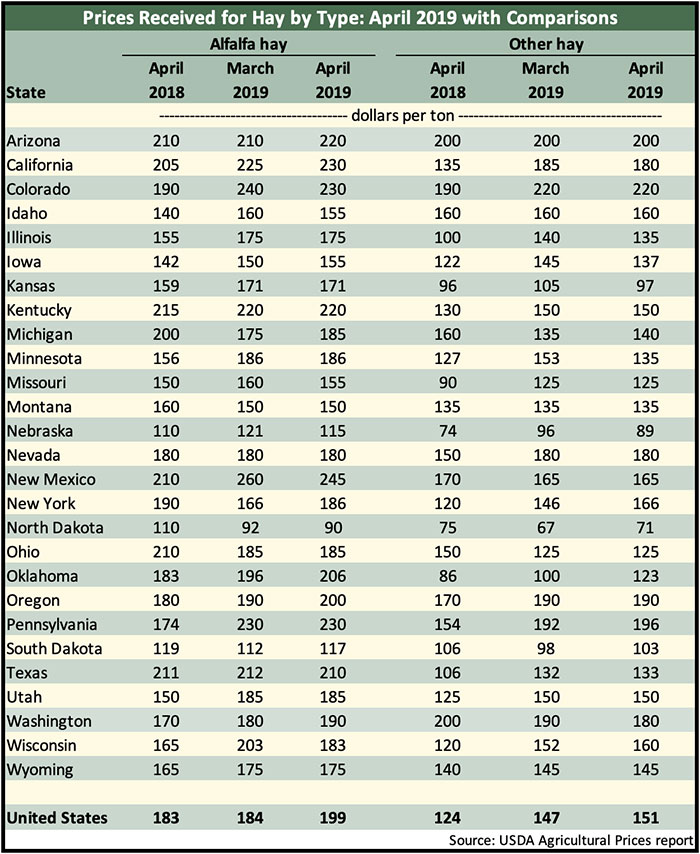