Hay prices dropped for the third month in a row as both alfalfa and other hay types finished with an August average price below the previous month’s levels.

The latest USDA Agricultural Prices report pegged alfalfa at $179 per ton, $4 per ton below July and just $2 above one year ago. The average price for alfalfa hay has receded by $25 per ton since hitting its high in 2019 of $204 during May. 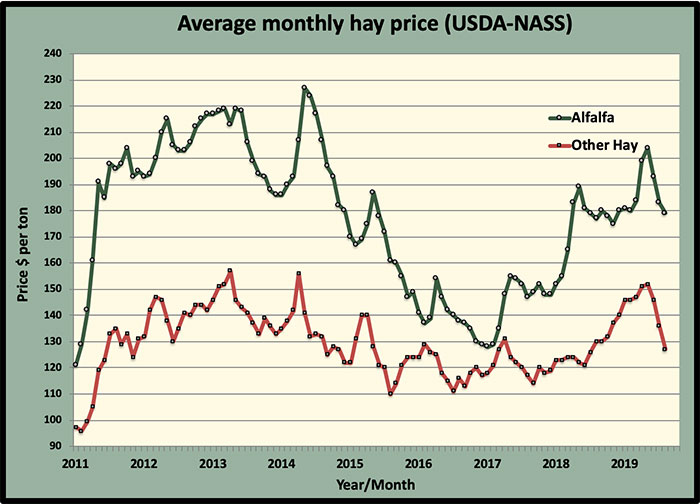 Only two states had significant alfalfa price gains in August; those were Wisconsin (up $25 per ton) and Wyoming (up $10). 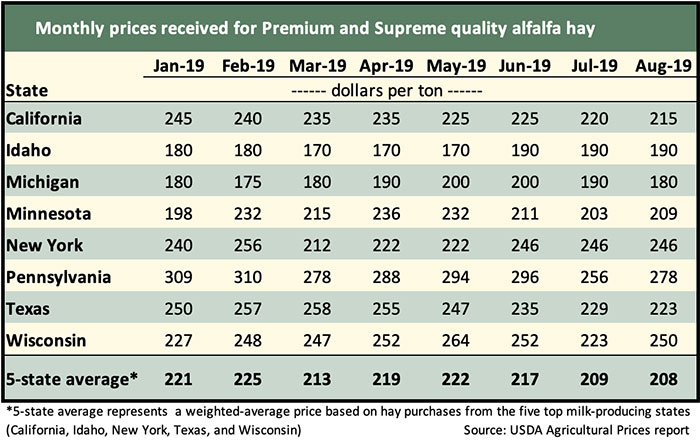 The August price of other hay (mostly grass hay) dropped to $127 per ton. This value is $9 per ton lower than the previous month and $6 per ton below one year ago. 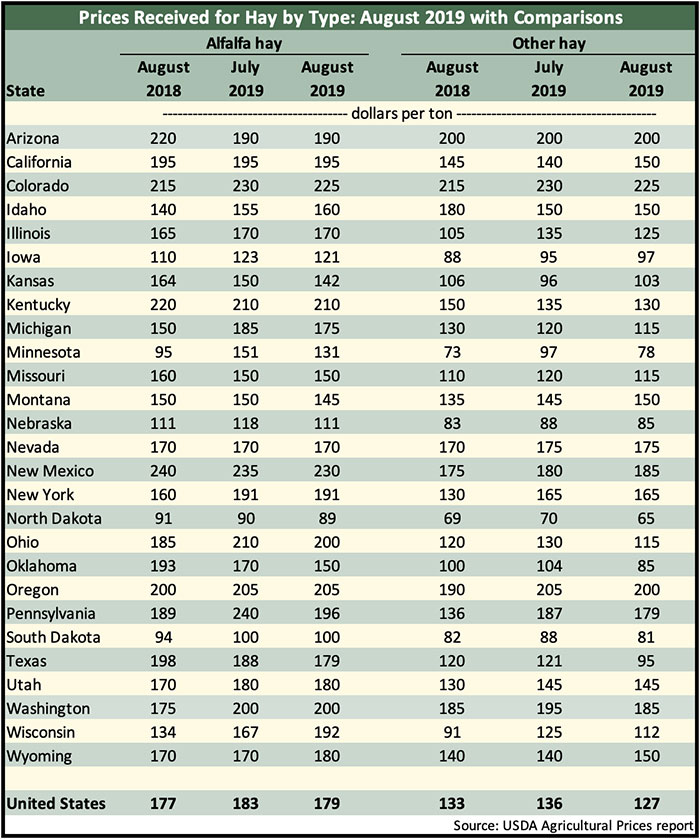 Hay export situation changing by the month Next