Checking in on reduced-lignin alfalfa 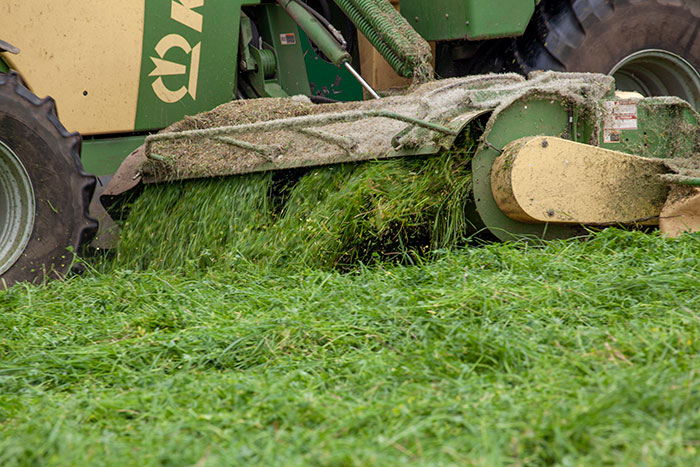 Four years. That’s how long the HarvXtra trait has been in the alfalfa grower’s toolbox and likewise growing in farm fields. I know of at least one farmer who has 1,200 acres of HarvXtra alfalfa in production; I know of others who have no intent of ever planting the genetically engineered legume.

In terms of evaluating a crop trait of any kind, four years on the market is not a long time, but especially for a perennial crop like alfalfa. It is, however, long enough to draw some conclusions and perhaps generate additional questions.

As a part of the Dairy Forage Seminars held in conjunction with World Dairy Expo, Kim Cassida, extension forage specialist with Michigan State University, offered a detailed review of what we have learned about the performance of the HarvXtra trait based on published university research and farmer experience. 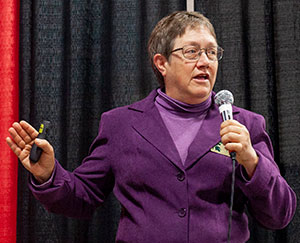 Lignin is not a large percentage of the plant, but it has a large impact on the digestibility of a forage,” Cassida said. “Lignin is considered a secondary compound in the plant cell wall, which consists of a framework of cellulose and hemicellulose strands in a matrix of lignin.

“Lignin fills the gaps of cell walls and increases with plant maturity. We find that lignin concentrations in alfalfa range from about 5 to 14 percent, depending largely on the stage of maturity. Nearly all of the lignin is in the stems,” she added.

Why do we care about lignin?

Cassida explained that lignin is virtually indigestible by ruminants. As such, it impedes digestion of cellulose and hemicellulose, reducing fiber digestibility and ultimately feed intake.

Conversely, lignin is needed in the plant for structural support. It also plays a role in water movement and acts as a defense against pests and pathogens.

“There is also research to suggest that lignin is positively related to yield, probably because of its beneficial attributes,” Cassida noted.

“I got asked recently why we have to call it ‘reduced lignin’ instead of ‘low lignin,’” Cassida said. “The reason behind that terminology is that it’s really not low. Only a small amount of lignin has been taken out, but it’s enough to make a difference in how it will perform in cow diets.

“In the process of developing the HarvXtra trait, researchers did not add something to the plant, they simply inhibited or down regulated one of the pathways for lignin production by turning off a gene it already had,” she added.

By reducing lignin, it enables the plant to hit its optimum quality about a week later than normal while at the same time obtaining higher yields. “The theoretical reduced-lignin advantage is equal annual yield and quality in fewer harvests and with better persistence,” Cassida noted.

Can we reduce lignin by using conventional breeding?

“Yes, but it is slow,” Cassida said. “This is generally done by selecting indirectly for improved digestibility.”

The forage specialist explained that we’d ideally like to have high yields and high digestibility. Looking at one Michigan State alfalfa variety trial from 2018, which did not include HarvXtra varieties, Cassida noted that there is significant spread among varieties for both digestibility and yield and that it is possible to have the best of both worlds with careful selection.

Cassida presented the results from several university trials comparing a HarvXtra variety with conventional varieties, some of which were bred for either high forage yield or high quality.

Essentially, these studies confirmed that the HarvXtra trait does what it was developed to do — provide higher quality forage at any given point in time compared to standard varieties, allowing for a delayed harvest to obtain the same quality yet higher yields.

At Michigan State, Cassida said that they evaluated stands in the spring following three full production years and found no difference in persistence between cutting schedules or varieties based on plants per square foot.

“This was somewhat surprising as we thought the more intensively cut plants (every 28 days) would be less persistent,” Cassida said. “I would mention, however, that these plots were taken care of in every other way, including fertility and minimal wheel traffic.”

One newer, ongoing study is being done in six states (California, Kansas, Michigan, Ohio, Utah, and Wisconsin). This trial is comparing two HarvXtra varieties to high-yield and high-quality reference varieties. It also is evaluating whether a foliar fungicide application improves yield and quality on extended harvest intervals.

Although forage quality data isn’t available yet, Cassida noted that they have measured no yield differences among the four varieties used in the trial.

“This is good,” Cassida explained. “Some people had concerns about a yield drag with the HarvXtra trait, but it doesn’t seem to be there, at least compared to the standard varieties used in this trial.” There was a 4.3 percent bump in yield for the 35-day cutting interval compared to the 28-day interval.

The initial fungicide application data is showing a positive yield benefit. In the first production year, total dry matter yield was improved by 0.43 tons per acre (plus 7.7 percent) for plots receiving the foliar fungicide treatment (Priaxor) prior to first, second, and third cutting. The yield response was the same for each harvest schedule and variety.

“We don’t know yet how the fungicide treatment might impact quality,” Cassida said. “It doesn’t appear that HarvXtra varieties are more prone to disease pressure than any other variety; however, based on previous studies, we do know that disease pressure gets worse if plants are left to mature.”

Cassida noted that farmers can take one of two approaches with the new trait. One is to simply cut as you always have and take advantage of the improved fiber digestibility. This strategy also adds an insurance buffer in the event of weather delays.

“It’s possible more alfalfa acres will be needed to take advantage of the trait,” Cassida cautioned. “This is because cows will eat more of the highly digestible forage. The same was found to be true for brown midrib corn. I’d strongly encourage producers feeding HarvXtra alfalfa to work with their nutritionist,” she added.

A second option with HarvXtra is to extend the harvest interval, obtain the same quality, more yield, and reduce harvest costs by possibly taking one less cutting per year. Cassida also noted that this strategy results in less wheel traffic over the field and allows plants to be more mature before cutting, which benefits root carbohydrate reserves and could potentially extend stand life.