The average U.S. alfalfa hay price during November dropped by $6 per ton, following a $2 drop the previous month.

The latest USDA Agricultural Prices report pegged alfalfa at $173 per ton, which was the same average price as one year ago. A lower alfalfa price for November is not unusual. The last time the average alfalfa price rose from October to November was 2012. 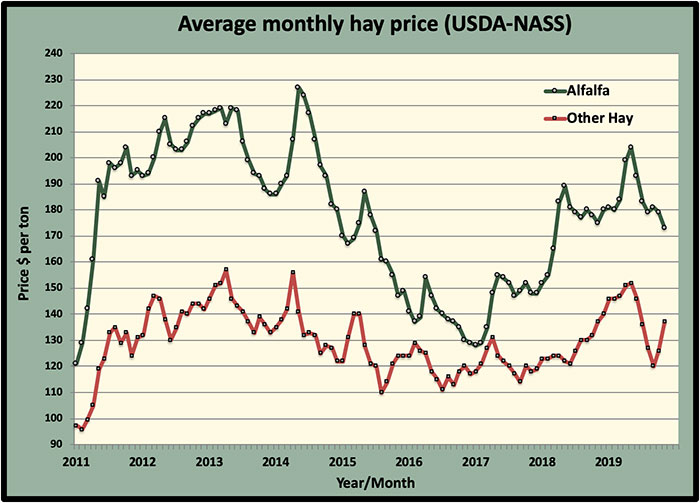 Price decliners were led by Oklahoma (down $28). There’s a limit to potassium fertilization Next

Cereal silage quality is not the whole story Previous