As a general rule, the annual top of the alfalfa hay market comes in April or May. This year, the average April price followed the script and jumped $6 per ton.

Did the May price do the same? Well . . . no. The average May alfalfa price actually dropped by $2 per ton to $179, according to the latest USDA Agricultural Prices report. It likely means we’ve seen the high for 2020. Furthermore, that May average is $25 per ton below a year ago. 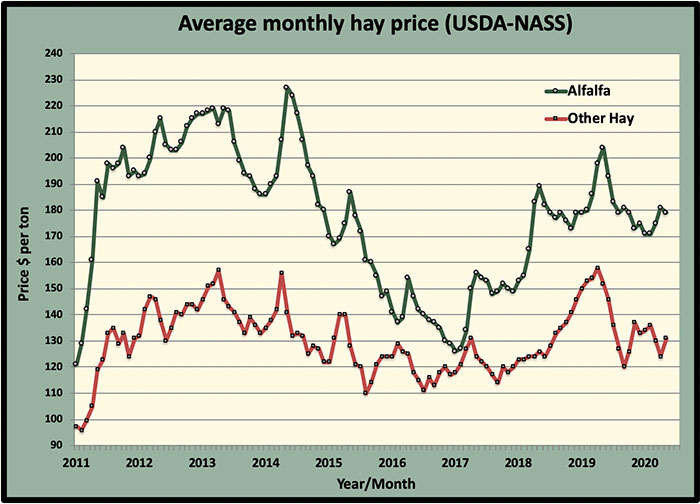 Only two states posted double-digit price gains, and those were New York and Pennsylvania, both were up $10 per ton from the previous month.

Price decliners were led by Oklahoma and Washington, both being down $20 per ton. Idaho and Illinois each dropped by $10 per ton. 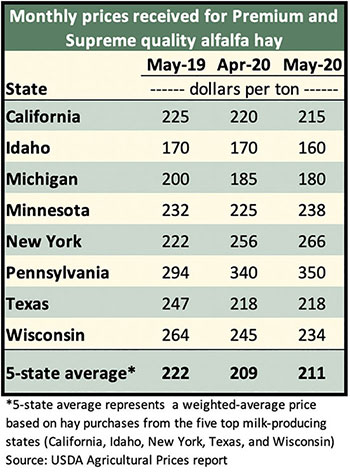 The May average price of other hay (mostly grass hay) finally rebounded after two consecutive months of decline. The average price for hay other than alfalfa was pegged at $131 per ton, which was $6 higher than the previous month but was $21 below May 2019. 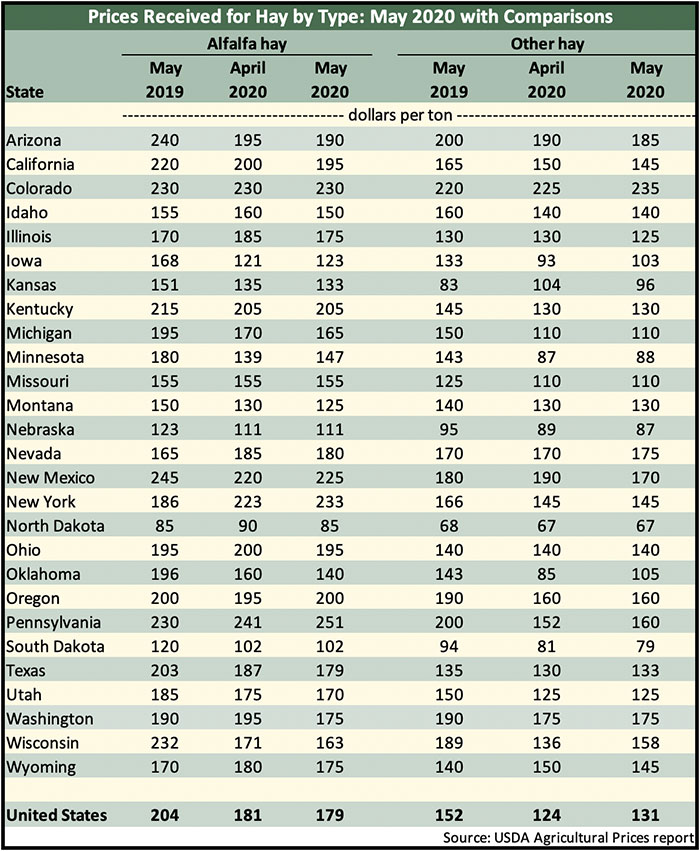