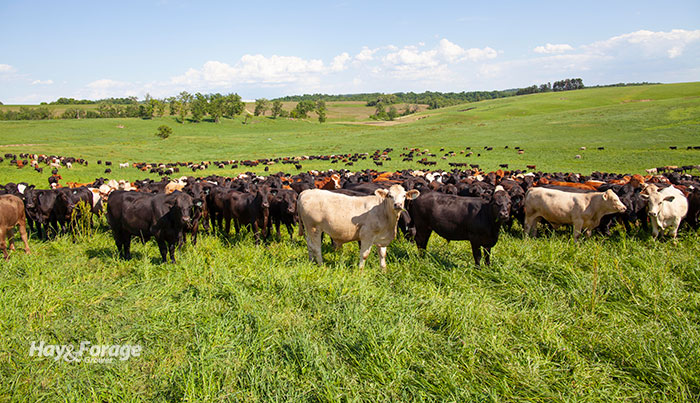 Rush Creek Ranch has the art of raising 7,000 stocker cattle down to a science — a 5-acre science.

On their 2,000-acre spread near Viroqua, Wis., Matt and his father, Reid, raise nearly 7,000 stocker steers and heifers in groups ranging from 600 to 900 head on 5-acre paddocks. When Reid first started the operation in 1976, he fenced his property off in 40-acre pastures and began a rotational grazing practice. This worked well for him, but when Matt returned from college, he brought a handful of changes with him. 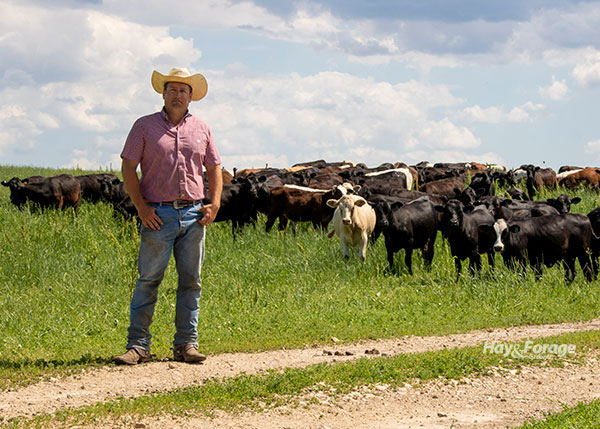 Reid had already made one change to the pasture size before Matt came home to help run the family farm. He converted from 40-acre pastures to 10-acre pastures, which gave him four times as many paddocks to use in the rotation and allowed the ranch to purchase more cattle.

However, Matt continued to section the paddocks off into smaller units. He split the 10-acre pastures in half, and he used a land surveyor to parcel the rest of the property into 5-acre sections. Decreasing the pasture size has enabled Rush Creek Ranch to increase stocking density at an average of 5% per year without having to purchase additional land.

When Reid first started, he dug ponds in each of the 40-acre pastures. Matt said, “That ended up being a significant waste of time and money, especially for how we are running things now.”

Currently, each field has its own water source. All of the cattle are sold to feedlots between Thanksgiving and Christmas with a goal of being placed against the April board when they are marketed as fat cattle. So, as cattle are shipped out, water tanks and lines are drained and winterized to prevent damage from freezing.

“When my father had those 40-acre pastures, he would turn the cattle out and it would take three weeks for them to eat and utilize all of the forage in a pasture,” Matt explained. “Now, we move them twice a day.”

Each set of cattle, and the feedbunk that belongs to that group, moves once in the morning and once in the evening during spring. “We aren’t timing this out to perfect 12-hour shifts,” Matt noted. Using only horses and dogs to work cattle, Matt and Reid try to give each group anywhere from eight to 12 hours on a paddock. It usually takes about 30 minutes to move cattle unless one of the calves is sick and needs attention.

The Ludlows procure their 7,000 head of cattle from the southeastern United States. They, along with employed buyers, scout Louisiana, Mississippi, Alabama, Florida, and Georgia for lightweight calves that will quickly add pounds. 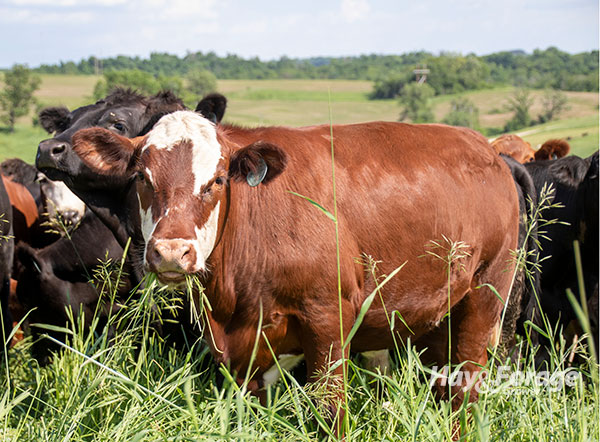 After spending time on ryegrass paddocks near Mobile, Ala., the calves are trucked to central Wisconsin when spring arrives at Rush Creek Ranch. Grazing ryegrass in the South helps to adjust their stomachs and palette to the cool-season grasses that are in Ludlow’s paddocks.

“We let most of the forages come back volunteer, and what’s there is there,” he said. “Although, we do frost seed red clover annually on each pasture.” Matt went on to explain that if a pasture is damaged after heavy rain and foot traffic, they will reseed it with ryegrass as well as the red clover.

Another important factor of this operation is the use of supplemental feed. In the spring and early summer, the cattle get a couple of pounds each of a total mixed ration (TMR) in the feedbunks. This prepares them for late summer and fall when the forages start to play out, and the TMR increases to 40% to 60% of their diet. Adding the supplemental feed enables Rush Creek Ranch to maintain the entire herd on pastures until that late fall/early winter timeframe.

“We found that feeding more TMR toward the end of the grazing season gives us a few more days out of each paddock,” Matt said. “We rotate twice a day now, but by fall, we will leave them on one paddock for up to three days.”

This father-son duo was born to chop Next