The typical hay price decline that occurs in summer kicked into gear during July, at least for alfalfa. According to the latest USDA Agricultural Prices report, the average alfalfa price dropped by $5 per ton in July to $174 per ton. That price is $11 per ton below last year, but the spread is starting to shrink. 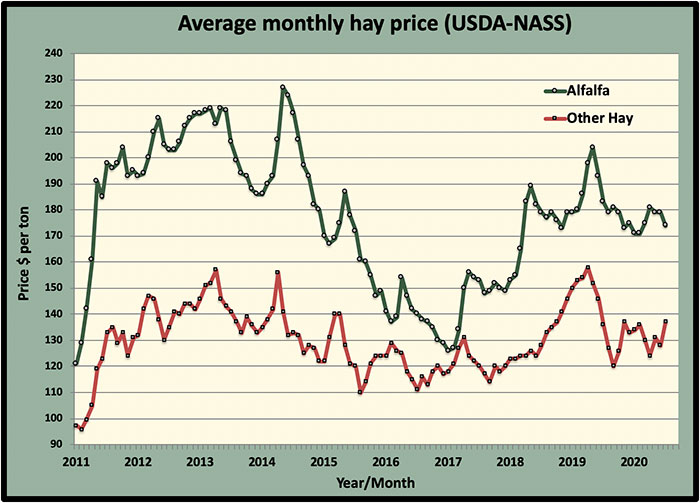 Three states posted double-digit price gains, and those were led by Oklahoma, up $35 per ton, and Michigan and Utah, both up $10 per ton from the previous month. 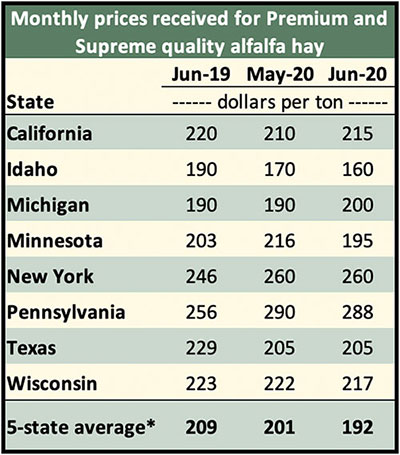 The highest prices for hay other than alfalfa were reported in Colorado ($230 per ton), Washington ($220), and Arizona and Nevada, both at $180. 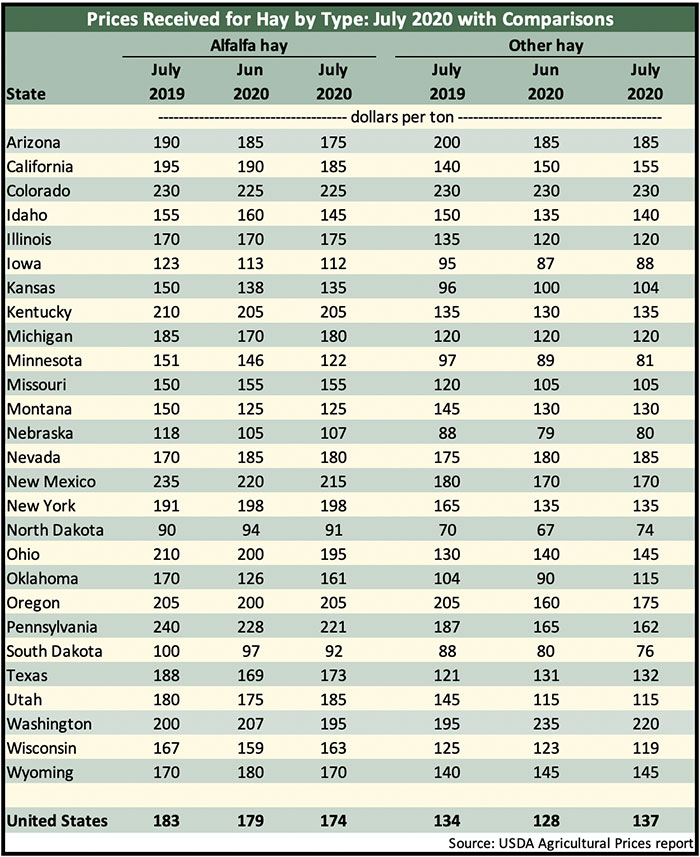