Alfalfa hay down slightly in August

The average price of U.S. alfalfa hay declined by only $2 per ton in August compared to the previous month. This followed a $5 drop from June to July. The latest USDA Agricultural Prices report pegged the average August alfalfa price at $172 per ton. That price is $7 per ton below last year, but the spread continues to shrink. 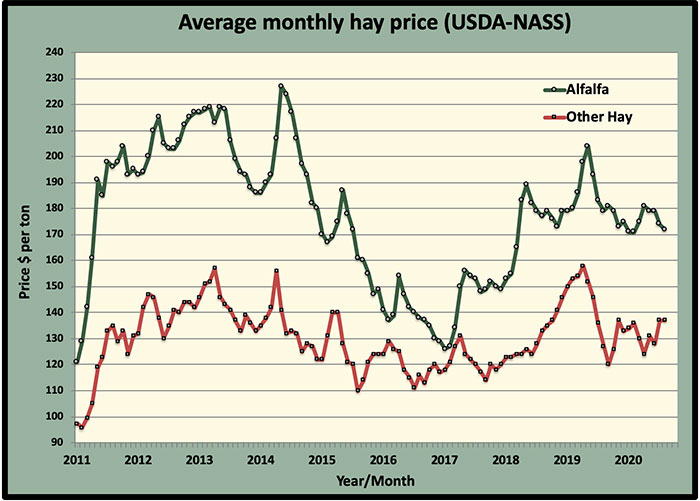 Despite the small drop in the average price, there were still five states posting double-digit price gains. Those were:

Pennsylvania: up $15 per ton

Only one state had a double-digit decline, and that was Colorado (down $10 per ton). 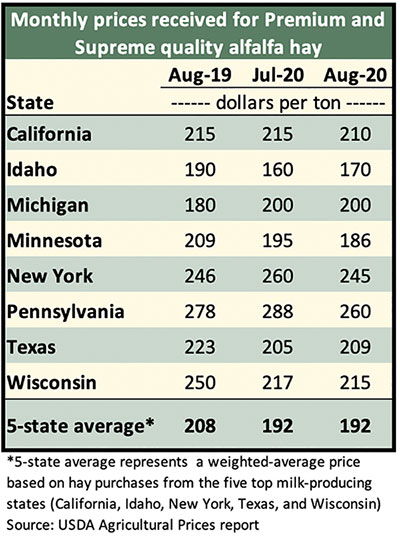 The August average price of other hay (mostly grass hay) remained firm at $137 per ton, $8 above one year ago.

States with the lowest reported other hay average prices were South Dakota ($70), North Dakota ($72 per ton), and Nebraska ($84). 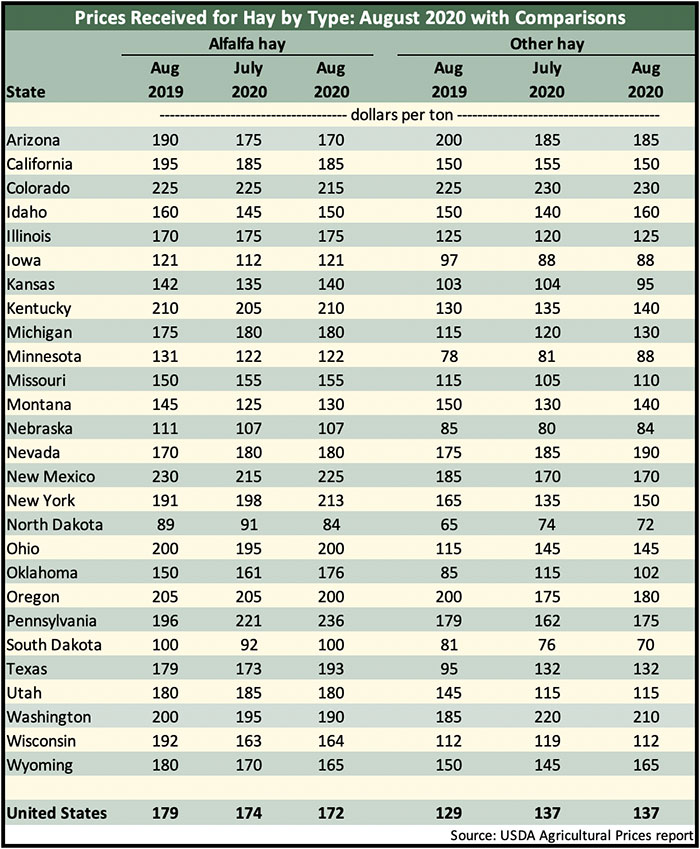