The average price of U.S. alfalfa hay dropped $1 per ton in September compared to the previous month. The latest USDA Agricultural Prices report pegged the average September alfalfa price at $171 per ton, which was $8 per ton below last year.

The average price for alfalfa hay has held remarkably stable for many months. The last time it was significantly out of the $170 to $180 per ton range was July 2019. The high-water mark for 2020 occurred in April when the price averaged $181 per ton. 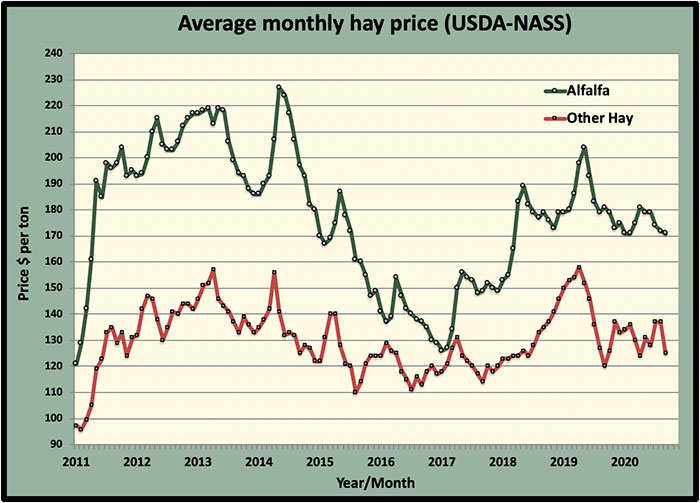 Only three states registered double-digit alfalfa price declines for September. Those were New York (down $33 per ton), Colorado (down $25), and Washington (down $10).

States with double-digit price improvements were led by Oklahoma (up $17 per ton). Idaho, South Dakota, and Utah were all $10 per ton higher than the previous month. 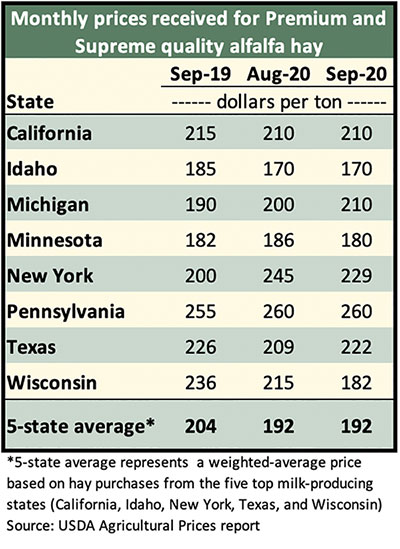 The September average price of other hay (mostly grass hay) took a dive to $125 per ton, which was $12 below the previous month but $3 above one year ago.

States with the lowest reported other hay average prices were North Dakota ($67 per ton), Nebraska ($76), and South Dakota ($77). 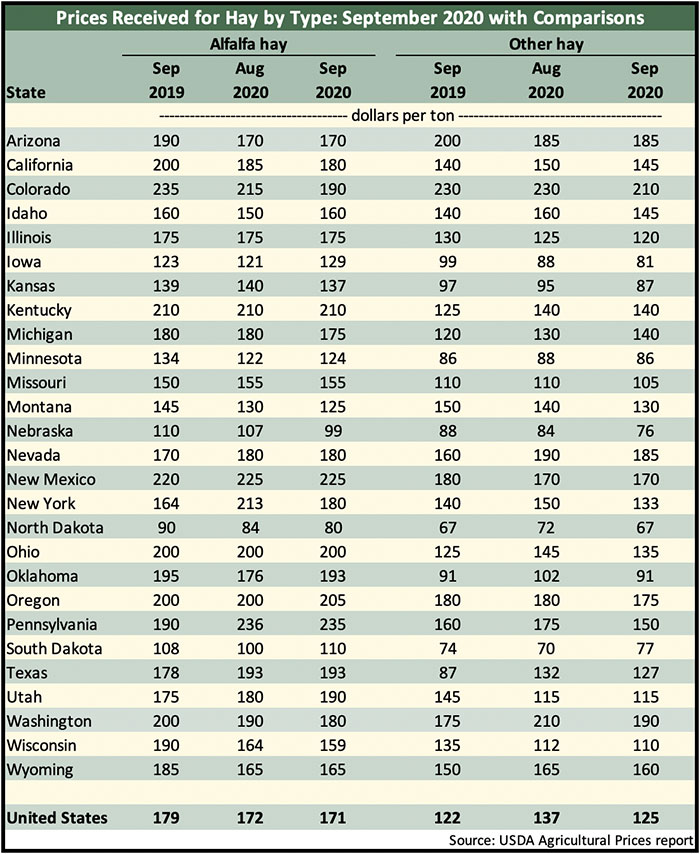