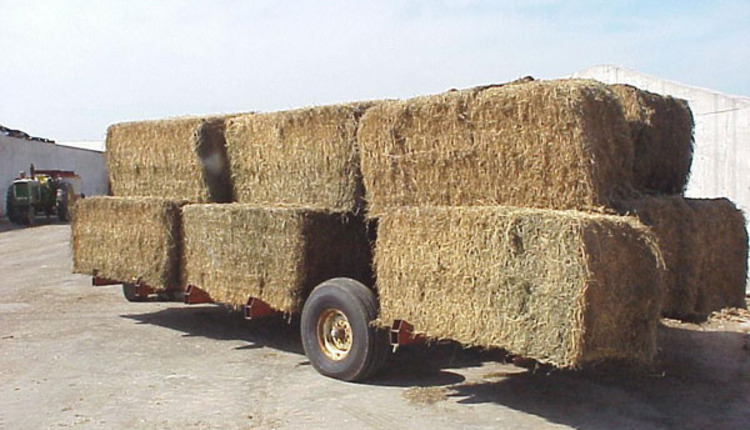 At the 2014 California Alfalfa, Forage and Grain Symposium in Long Beach, Dan Putnam made a case to change the standards by which we evaluate and market hay. The University of California forage specialist has made this plea before. Not much has changed.

Putnam surmises the current systems of using either total digestible nutrients (TDN) or relative feed value (RFV) are effectively based on the amount of fiber in forage, acid detergent fiber (ADF) and/or neutral detergent fiber (NDF). Though the digestibility of fiber (NDFD) is often considered when feeding forage, it's rarely taken into account when forage gets priced or “graded” in the marketplace.

This problem has been recognized for a long time. It was one of the driving forces behind the development of relative forage quality (RFQ), which better measures feeding value to the animal and can be used across forage species. Its predecessor, RFV, was developed for and only intended for use on alfalfa, though many have incorrectly tried to extend its utility.

My personal experience with RFQ is that it's significantly better than RFV, especially for grasses. It also downgrades poor quality alfalfa and rewards top quality alfalfa more than RFV. In some years RFV and RFQ may be similar, others years (or cuttings) not so much. In addition to maturity, RFQ does a reasonable job of measuring environmental effects; for example, forage quality differences from growth under cool versus hot temperatures. Still, it’s not perfect and it certainly isn’t considered by nutritionists in the formulation of feed rations.

In addition to the fiber digestibility issue, there is also the matter of market hay grading based on forage analyses. USDA proposed their alfalfa system in 2003 and it is widely used in reporting hay markets. The highest quality scale for alfalfa is Supreme, which denotes forage greater than 185 RFV or 62 percent TDN.

There is also the grading scale that was developed by the American Forage and Grassland Council's hay quality task force nearly 30 years ago. In some areas of the U.S. this is still the scale of choice. Here the highest grade scale is Premium with an RFV/RFQ greater than 151. There is also a Premium grade in the USDA-developed system, but its quality parameters are 170 to 185 RFV. Houston . . . we (the forage industry) have a problem.

The issue of what to analyze and how the measurements can be incorporated into a fair market scale that fits the needs of regions, forage types and animal classes is not going to be an easy one to solve. Still, it shouldn't be impossible. The ideal system needs to be both simple and defendable. Further, there are new methods of analyses being developed with each passing year. Perhaps an analysis such as Dave Combs’ total tract NDF digestibility (TTNDFD) will someday be the answer. Putnam offered dry matter (DM), NDF, NDFD, crude protein (CP), and ash percentage as his preferred key analyses metrics, with NDF and NDFD given priority as marketing tools.

I’m not offering an answer here, though I have some opinions. There are enough smart people in all sectors of the forage industry that a solution can be had. The current quality tests and scales have served the industry well. They brought awareness to forage testing and quality that didn’t exist 30 years ago; but as Putnam correctly notes, the industry is changing (for example, low-lignin alfalfa) and we need to change with it.