What factors will shape 2021 hay prices? 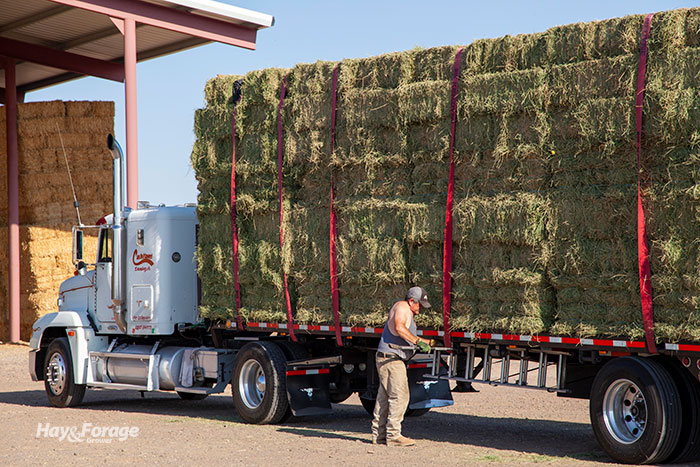 Hay markets have been pretty boring for about the past year and a half. That’s not to say there haven’t been events that impacted markets locally or regionally, it’s just that the big picture hasn’t changed much as it did during the boom of 2014 and the bust of 2016.

So, will hay markets become front-page news in 2021?

First, let’s acknowledge that weather plays a big role and is always capable of throwing hay markets into a frenzy if something like widespread drought occurs, but predictions based on such yet to occur events are futile. However, we can check in on those factors we do know and evaluate how they might impact hay prices in the coming year.

Mark January 12 on your calendar. That’s when USDA will report its December 1 hay stocks tally. What we do know is that May 1 stocks took a healthy leap from the previous two years. Last year’s December 1 stocks were significantly higher than 2018.

By the end of the 2020 growing season, many producers proclaimed that they had adequate to more than adequate forage inventories, although 2020 was characterized by more widespread drought than 2019. This hampered production in those dry, nonirrigated areas. Conversely, grazing animals were able to stay on pastures late into the fall and early winter of 2020, limiting their need for additional hay.

December 1 stocks will offer a good starting point of how well the market will be buffered by any negative production factors in 2021. The report doesn’t differentiate based on forage quality. Even in years when stocks are strong, Supreme and Premium quality can remain in short supply.

In 2020, forecasted hay acres stand at about 52.4 million, which is similar to 2019. Alfalfa acres, along with total production, will be below 2019 while other hay (mostly grass) is pegged to be slightly higher in both acreage and production compared to the previous year. Some Western states, most notably California, have suffered huge declines in alfalfa acreage.

Hay exports during 2020 have been a roller coaster, being significantly higher than 2019 at the beginning of the year and much lower as the summer months arrived. Overall, all-hay exports were slightly above the 2019 pace through October. Alfalfa exports were running about 2.5% ahead of 2019 with two months remaining.

After some turbulent, tariff-riddled months during 2018 and 2019, China is back in a big way as a dominant customer for U.S. alfalfa hay. Through October, alfalfa exports to China were up 45% compared to 2019. Conversely, Japan, Saudi Arabia, South Korea, and United Arab Emirates are below their 2019 import totals of U.S. alfalfa.

Though exports make up less than 5% of the total U.S. production, that percentage is much higher when only the Western states are considered. Further, it wasn’t too long ago that the percentage of U.S. alfalfa hay exported was only 1.5%. The export market is a key competitor with domestic markets, especially in the West. It also acts as a destination for hay that would otherwise have to find a home in the U.S. or wouldn’t be produced at all. Exports will continue to help buoy hay prices, especially in the West.

The dairy industry experienced a rough and tumble year in 2019, but recently both the nation’s dairy herd and milk production is rapidly expanding. Although this means more cow mouths to feed forage, it also has a negative impact on milk prices. Until the food service industry can start firing on all cylinders, domestic demand for dairy will be hindered.

Fortunately, there is positive news on the dairy export front, which will help soften weakened domestic sales. Further, we can’t assume that government food and relief programs will last forever . . . those federal actions bolstered farm gate milk prices through much of the pandemic.

Market analysts are feeling good, but not great, about milk prices in 2021. There are too many unknowns to be certain that bottom lines will remain black. Clearly, dairy is a major hay customer, and many dairies purchase all of their baled inventory.

Like other agricultural sectors, the beef industry also struggled with pandemic issues in 2020. With the food service industry shut down and significant packing plant closures because of COVID-19 outbreaks among workers, it created a backup of cattle down to the farm level. Currently, that backlog is starting to rectify itself and get back to a normal flow.

The U.S. beef cow herd checked in at 32.05 million on July 1, 2020; that was 250,000 head fewer than one year earlier. Most experts feel that the cow herd will continue to shrink over at least the next few years. At some point in 2021, fewer calves going to market will help support beef prices for cattle leaving the farm. However, a smaller beef herd also means fewer cows and calves consuming hay.

Corn and soybeans prices continue their assent to levels not seen since 2014. This makes both energy and protein a more expensive feed ingredient going into 2021 and allows hay to compete more favorably as a ration ingredient. Higher grain prices, if they hold, may also drive additional hay acreage to be converted to corn or soybeans.

A case for higher hay demand and stronger prices can be found in shrinking alfalfa acres and production, more dairy cows to feed, an improving hay export market, and higher grain prices. Offsetting these positive factors is a lingering economic recovery from COVID-19, slowly improving milk and beef prices, and a smaller beef herd.

Hay prices have not moved significantly for over a year and a half. Also constant is a very stable equine market (no pun intended), which the greater forage industry has always relied on as a final destination point for countless tons of hay. At this point, a case could be made for both positive and negative movement in 2021 hay markets, but it’s hard to imagine that a change one direction or the other would be a drastic one, barring a widespread weather calamity.

Finally, what seems to be always true is that high-quality forage brings a premium price and high-yielding forage carries the best profit margin. Combine the two and you’ll nearly always finish with a healthy bottom line.